How to Keep the Spiritual Fire Burning 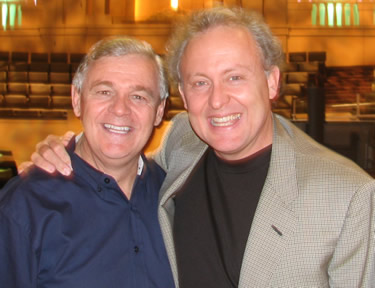 As we continue to network with tremendous pastors, it is apparent that each of us has a substance, style and spirit about us. We can read about a person’s substance, and observe his or her style, but the “spirit” of the person is only revealed by being in his or her presence.

Today, pastors from around the Texas area are making plans to network with and hear presentations by some of the greatest speakers in the world, who are able to give fresh perspective and insight. Please make plans to join some of Christianity’s greatest thinkers on March 11, 2008, in Houston, Texas. Catch the spirit of these tremendous leaders! By the end of the one-day event, local pastors will have the help they need, and they will be able to “synergize” their efforts together better than ever before, to help win the Second Billion to Christ.

In Houston or elsewhere, I encourage you to make it one of your life’s priorities to spend time in the presence of the right people who will help make a difference in your life.

Last Sunday evening, I was afforded the opportunity to visit my friend, Dr. Ken Whitten, the Senior Pastor of Idlewild Baptist Church in the Greater Tampa area, in Florida. He has just begun a new sermon series on “The Second Coming Of Christ” that you can hear on his website. Great preachers listen to great preaching!

Most of the United States’ 25 largest church bodies either lost members or experienced no growth in the past year, according to a 2008 yearbook produced by the National Council of Churches. The report also stated:

The figures are outlined in the 2008 Yearbook of American and Canadian Churches, which tracks membership and other trends from 224 national church bodies. The yearbook’s editor, the Rev. Eileen W. Lindner, said many churches reported that many people in their 20s and 30s attend and support local congregations but resist becoming members.

In the days following the collapse of the World Trade Towers in New York City, many people in the U.S. made their way to God’s house because they feared for their lives. That lasted about six weeks. After the fear wore off, people went back to their regular schedules. From that point to this, the U. S. has experienced a great falling away. Think about that. What is happening—not just a surge in same sex marriage across the nation—but ho-hum, lukewarm, apathetic, indifference toward the Gospel and Jesus Christ by many in the Church.

Church attendance for some is sporadic, but God intended it to be a regular part of our lives. Some go only three times in their life: right after they are born to be dedicated, again to be married, and then to be buried. You might say they came when they were hatched, matched and dispatched. The first time was associated with water, the second with rice, and the third with dirt. The ho-hum attitude of Christianity, so prevalent in today’s Western culture, is upsetting to the stomach of God.

I am not going to stammer or stutter about the subject of being lukewarm. It is one sin that makes God sick to His stomach. Now, I travel a lot, which is an understatement. One time I said to a pilot, [….click here for the rest of the sermon]

Jesus is looking for men and women, leaders, who are humble enough to admit when they need help, who will listen to leaders that can help them, and who will let their gifts strengthen others in need, that we might all work together to fulfill the Great Commission. Please go to www.BestToTheRest.org and make plans to join us at one of our synergistic gatherings! A mega-church pastor whom I had never met called me this evening to say he would fly in to Houston,

Texas just to synergize with us on March 11. Sunday Adelaja is flying in from Europe. Leonard Sweet and Walter Kaiser are coming in. We’re all looking forward to being together. Thank you for considering joining us for one strategic day in Houston or a city near you.