For more than 2,000 years, the Church has worked to fulfill the Great Commission
of our Lord. After all our collective work, in AD 1900, just 45.69% of the world was
evangelized. With another century behind us, more than 73.09% of the world has heard
the Gospel. Yet today, more than 2.4 billion people have still never heard of Christ.
Church leaders are rushing to fill this great, unacceptable gap. 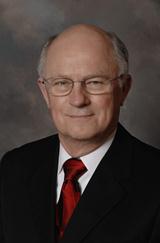 Douglass LeRoy is providing phenomenal leadership as the CoChair/Unreached People’s Group Liaison for Global Church in the Billion Soul Network. He brings global wisdom, having served as General Director of Church of God World Missions and missionary leader in Europe and the Middle East for the past 30 years. For the past 7 years he has served as the co-chairman of the Unreached People Groups in the Billion Soul Network. As author of 10 books and contributing writer to 8 others. He holds a Doctor of Ministry in church leadership development from European Theological Seminary in Belfast, Northern Ireland (University of Liverpool consortium). Contact Douglass at doug@billion.tv for networking opportunites!

After all these years, why should we race to win a billion more people to Christ in ten to fifteen years? 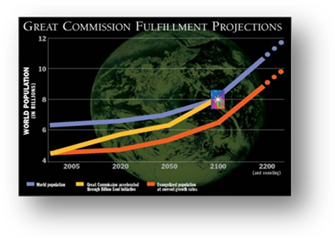 Globally, Christian leaders can choose to continue with our present strategies, and in AD 2200, 83.25% of the world will be evangelized. This appears to be great progress, but the world population will exceed 9.5 billion by 2050 and will reach nearly 11 billion by 2100. That means, the unevangelized population would continue to increase over the next one hundred years. The staggering fact is that at the current rate of growth, the global Church will win more than three billion people to Christ by 2100 and still over two billion will be unreached, having never heard the Gospel even one time. Comparing Church growth to population growth, the Church will not fulfill the Great Commission even by AD 2500. Billions upon billions of people from near future generations will die, lost forever.

Statistically, if Christian organizations do not partner to work together but continue to try to win the world alone the way we’ve done for centuries, then our children’s children and their children’s children will not come close to seeing our Lord’s Commission finished in their lifetimes. This approach has brought us this far, but it will not take us to the finish line. What got us “here” will not get us “there.”

In another scenario, the global Church could choose to synergize our efforts and share our resources. A growing number of Christian denominations and organizations, now numbering more than 1,000 and comprising nearly 400,000 churches, believe it is possible to speed up church growth by helping each other to plant five million new churches and win a billion souls to Christ in the next ten to fifteen years.

According to many international Christian leaders such as Suliasi Kurulo, Founder of the World Harvest Center and CoChair/Unreached Peoples, we have been given the first time in modern Church history, where have a realistic opportunity to complete the Great Commission in our lifetime, or at least that of our children. Pastor Kurulo’s World Harvest Center has planted more than 3,000 churches in more than 100 nations. Dr. Bill Bright, the founder of Campus Crusade for Christ, said it best: “We have the manpower, we have the resources, all we lack is the motivation.” 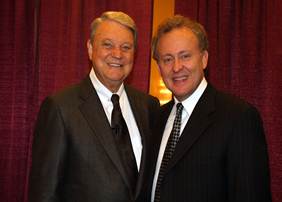 More leaders are becoming more convinced that the way we can follow our Lord’s command faster is by being willing to “leave logos and egos behind” and become serious about fulfilling the Great Commission. This philosophy does not mean that one has to surrender his or her uniqueness in Christ or doctrinal distinctive in order to network for compounding results. In such a scenario, we retain our uniqueness, but do not care who gets the credit as long as God gets the glory. This moves the Church from evangelistic growth to exponential growth, from traditional missions to global missions, and from showing our fellow laborers what we think they should do to serving our fellow laborers!

The Billion Soul Network is being built through a five-layer strategy authored by Dr. Paul Walker of the Church of God, Cleveland, Tennessee:

Roland Vaughan, former World Missions Director for the Church of God, Cleveland, Tennessee, developed a divinely-inspired approach to networking among the unreached people groups of the world. His Finish Line metaphor encompasses the strategic analogy of the thrusting of the arrowhead into its target. 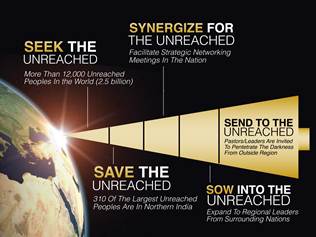 This Finish Line approach allows any local church to seek the lost, save the lost, synergize for the lost, sow into the lost and send to the lost. This powerful sequence begins with one or two disciples in an unreached people group, then moves to Christians in the area, the national church in the country—such as the Bible colleges, seminaries, missionaries, denominations—then to the strong Christian Forces in a region and finally to the North American Church.

In the years ahead, these new trends in ministry mean the measurement of a pastor’s ministry will not be the number of people worshiping at his local church, but the number of dynamic partnerships he or she has built worldwide. God is raising up synergistic leaders to network throughout the earth.

The World’s Mission Force Some missiologists today believe that the “Rise Of Global Christianity” will not only impact Europe and North America, but the Going From The West entire world. I believe this and I have seen it. To The Rest To The 70%? We are witnessing before our eyes the rise of Best To The Rest
a global Church that is just as committed to Greatest Shift In fulfilling the Great Commission worldwide as The 21 Century in each individual world region. By 2030, 70% of the global missions force will not be from North America. In the single, greatest missional shift in church history, missionaries from every world region are headed to every world region. The Great Commission will be fulfilled! God will keep His promise!

Who Are Unreached People Groups?

Unreached People Groups are ethnic groups that do not have in their midst churches capable of evangelizing their own people. In addition, less than one percent of the people group has accepted Jesus Christ as Savior. Researchers for the U.S. Center of World Missions have identified as many as 10,000 cultural groups which could be considered Unreached. Most of these groups are located in the 10/40 Window, the area of Africa and Asia from 10 degrees to 40 degrees latitude north of the equator. About 2,000 groups are totally Unreached with no known believers.

What Is A People Group?

A people group is a significantly large ethnic, linguistic or sociological grouping of individuals who perceive themselves to have a common affinity for one another. There are 16,350 total groups of people who speak 13,511 different languages.

What Makes A People Group Unreached?

It is a group of ethnic people which has no believing Christians with adequate numbers and resources to evangelize the people group.

What Are the Mega-spheres of religion for the Unreached People Groups?

Why Should the Unreached People Groups Be Introduced to the Gospel?

“Go you therefore, and teach all nations, baptizing them in the name of the Father, and of the Son and of the Holy Ghost” (Matthew 28:19).

“And He said to them Go ye into all the world, and preach the gospel to every creature” (Mark 16:15).

“Neither is there salvation in any other: for there is none other name under heaven given among men, whereby we must be saved” (Acts 4:12).

“For God so loved the world that He gave His only begotten Son that whosoever believe tn in Him should not perish, but have everlasting life” (John 3:16).

How Can the Unreached Be Reached?

1. Pray for one of the groups.

2. Conduct research on a group.

3. Network with partners who are endeavoring to reach a group.

4. Visit an Unreached group and develop friendships and contacts.

5. Plant a church among a group.

7. Invest money in reaching a group.

8. Adopt a group and concentrate on reaching them

How Can I Secure Prayer Profiles on the Unreached?

Recently, several stories of salvation are coming to Hui friends in multiple parts of the country. In one city that has been closed to the Gospel, a Hui student who is studying to become a medical doctor was baptized. Workers on the ground have been pouring their lives into this person for multiple years. One of the student’s Hui friends, who has shown interest in the Good News, has expressed an interest in being baptized after experiencing the joy of their friend’s baptism.

Hui is the third largest minority group in China and the largest Muslim people group in China. They are found in every province of the country. There are only a few scattered Christians and only one known house church.

1. Hui to come to faith in groups so churches can be established.

2. The Holy Spirit to open doors and hearts among Hui families.

3. God to call intercessors to pray for the Hui.

4. For the Gospel to be shared with the Hui in provinces where they dominate.

The Qashqai are a conglomeration of clans of a different ethnic origins, mostly Turks, Arabs and Kurds. They live in Iran and many of them are nomadic, traveling with their flocks. They are renowned for their pile carpets and other woven wool products. Qashqai carpets are considered as the most famous of all Persian tribal weavings, and their saddlebags are superior to others made. A few have been converted and a pastor is working among them to share the Gospel.

1. God’s light to shine among the Qashqai

2. God to create hungry hearts to hear the message of Jesus.

3. A Bible translation to be completed for them to read the Scripture in their own language.

4. Pray for revelations through dreams and visions.

The Ansari in North India are hearing the Gospel. A team of workers are sharing the story of Jesus and planting house churches. God is opening the door among this Unreached people. India is the third largest Muslim country in the world. They have no Bible, but a translation is being worked on.

We need you to join us in prayer and financial support to reach these people. Click Here To Join Global Prayer For Unreached Peoples!