One Of The Greatest Missionary Stories Of All Time 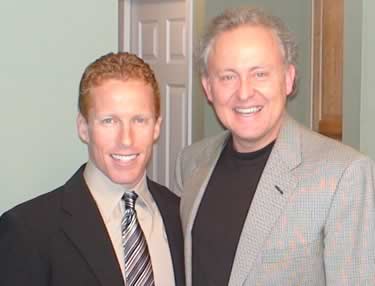 Ben Lerner and James O. Davis
Dr. Ben Lerner, founder of Maximized Living, was #2 on the New York Times bestseller list and stayed listed for 86 weeks with Body by God. He is now teaching sell-out crowds from his new book, Maximized Living Makeover. Dr. Lerner has unashamedly thrown his business, his reputation and his life behind the movement of the Second Billion, to help see in his lifetime one billion new believers in Jesus Christ. “No Reserves!”

Certain heroes of the faith of past eras capture the imagination of those of us who hope to fulfill our God-given calling today. William Borden, the heir apparent to the Borden milk company, was an unlikely hero. William grew up in the wealthy, influential Borden family and attended the famous Moody Church in downtown Chicago when R.A. Torey was the pastor.

After high school, William set out on a world cruise to see other cultures. For months, he wrote descriptive letters to his parents of what he saw. But over time he wrote more and more about the lost, the less fortunate, the poor. Upon returning home, he announced that he had received a call, not to take over the family business, but to be a missionary of the Gospel to Mongolia.

His parents supported his calling and sent him to study at Yale University. There, he gave away his fortune to help less advantaged students. Having given his all, he wrote inside the cover of his Bible two words: “No reserves.”

Several years ago, in a divinely-orchestrated me

eting, I met another unlikely hero. Drs. Ben and Sheri Lerner from Orlando, Florida, have been used to help people all over the world. A former U.S. Olympic Team Coach and a best-selling author, Dr. Ben practices preventive health practices and at the same time teaches sellout crowds how to live a “maximized” life by applying godly principles. His presentation entitled, “The Tyranny of Time,” from our Synergize events is a “must” for pastors all over the world.

“Dr. Ben,” the founder of the various Maximized Living health businesses, serves as Second Billion Cochair of Business Professionals. We all receive the benefit of his leadership worldwide.

Best-selling author and attorney David O. Middlebrook just released the comprehensive legal guide, Nonprofit Law for Religious Organizations. One of the most important foundations for a strong ministry house is to be fully aware of contemporary legal contexts. “Know well the state of your herds and flocks” is not just a Biblical injunction, but is vital in our modern paradigm. Instead of being “all house with no foundation,” make sure you stand on legal bedrock. The son and grandson of ministers, David Middlebrook serves as Second Billion CoChair of Church Law and lives to help pastors everywhere build successful ministries. Order this book for your ministry and staff TODAY!

Now back to the William Borden story. After four years at Yale, and four more at Princeton Seminary, William’s family begged him to stay home and lead the milk business for his ailing father. He responded that he could not turn back, and that he had to do his best for Jesus Who had done His best for him. Just before leaving for training in Egypt, he wrote two more words inside his Bible: “No retreat.”

In Cairo, Borden contracted a fatal disease and died within one month. Instead of preaching in Mongolia, his body was shipped home for a funeral led by R.A. Torey. After the funeral, the pastor gave William’s Bible to his parents who saw one of the most eloquent missionary messages of the modern era, just six words long. Inside the Bible was written: “No reserves” when Borden was in Yale. “No retreat” when he left for Egypt. And “No regrets,” written just before he died.

Many people live with regrets, yet when we give our best to Jesus, and serve Him with a heart of true devotion without reserve or retreat, then at the end of life’s journey we are able to say, “No regrets. I did my best for the Lord Jesus Christ.”