These Questions Will Determine Your Destiny 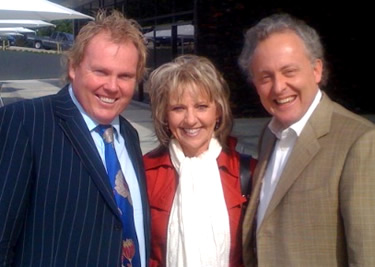 Second Billion Cochair for Australasia Peter and Bev Mortlock and Cochair Global Networking James Davis are preparing for an outstanding Best to the Rest Summit in Auckland in March, 2009.

One morning, Jesus stood in the middle of a religious crowd as a ceremony came to a

close. The priest had just taken a pitcher of water and poured it on the altar symbolizing salvation. The people danced and shouted then started making their way home. But Jesus cried aloud, “If any man is thirsty, let him come unto me and drink and he that believes in me as the scripture has said, out of his heart will flow rivers of living water” (John 7:37ff).

turning the rituals of religion into the river of revival.

My heart was moved again this week as I witnessed firsthand in Auckland, New Zealand and Madras, India, a genuine hunger to see the Lord’s power released in the lives of His people.

In Auckland and Madras, we met with leading pastors from New Zealand and India in special planning meetings for our upcoming SYNERGIZE! Summits. We expect 500 to 700 key Christian leaders representing every state in the countries of New Zealand, India and Australia. 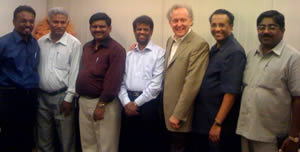 Phil Harris, the District Superintendent of the Wesleyan Nebraska-Colorado District now serves as the Second Billion Cochair for Global Resources. For more than 10 years he has served as Superintendent where he has gained a keen understanding of resources that equip pastors for effective ministry.

After a strong opening weekend, the feature film “Expelled: No Intelligence Allowed” starring Ben Stein, has become a favorite

destination for American families. This weekend take your friends and family to see Ben Stein counter evolution and provide scientific credibility for creation thought. See more about the film!

In order to win a battle, we must know our enemy. We should not fight all battles and all enemies the same. As Christian leaders who are concerned with winning the cultural wars, there are principles and practices we should know in order to be effective. In this week’s message, “America’s Culture War” the pastor and his congregation will learn the characteristics of an anti-Chrisitian culture and how to combat it for victory. Download it today!

As we contemplate the words of Jesus, “If anyone is thirsty let him come to me to drink,” we need to realize the secret, recognize the source and remember the supply. The secret is “thirst”; the source is “Jesus”; and the supply is a “river.” There is enough water for your thirst, your soul and your circumstances. The greater our thirst, the greater our satisfaction. I look forward to drinking water with you at the river that never runs dry!