Eight Steps Closer To The Summit Of The Christian’s Mount Everest! 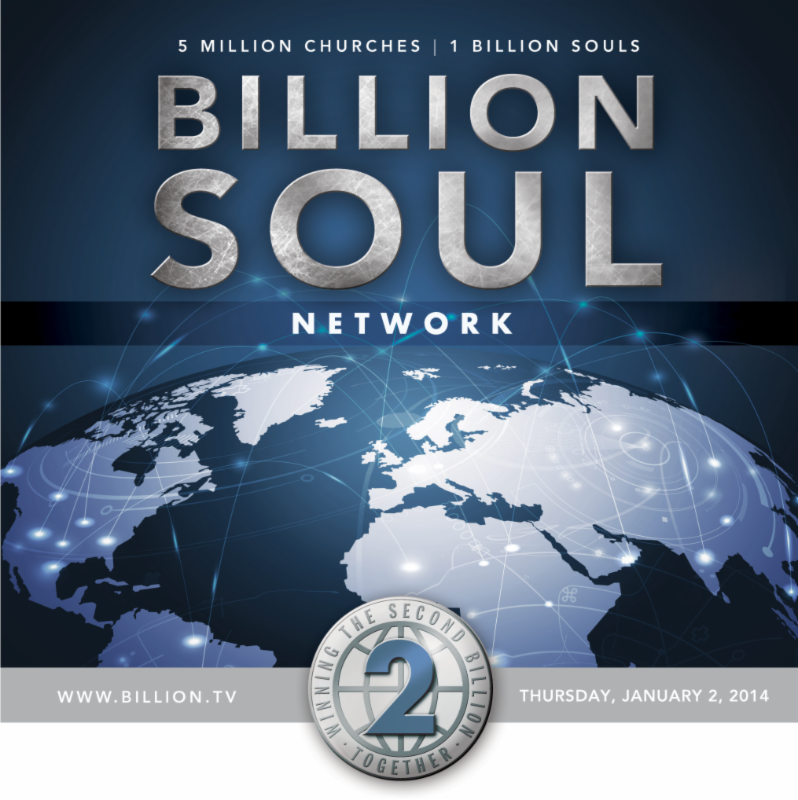 The Next Billion is on the horizon!

For two thousand years, Christians have tried to complete the Great Commission. The Great Commission is the Christian’s Mount Everest. It is the final mountain to be conquered. In 1953, a beekeeper named Edmund Hillary conquered Mount Everest. When I interviewed him in one of the final interviews of his life, Sir Edmund said, “If you do something that no one has ever done, you will have a satisfaction that no one has ever felt.”

Winning a billion people to Christ by 2020, puts the Church in position to shorten the time needed to complete the Great Commission by centuries. Today, leaders are synergizing together to put the Christian cross on the roof of the world. More than 120,000 people become Christ followers every day- nearly one million new Christians per week worldwide. More than one thousand churches are planted each day worldwide.

The Top Eight Victories Of 2013

The North American Roundtable On Biblical Preaching: In January, 2013, pastors came from Central Africa, the Caribbean, Europe and the United States to focus on biblical exposition in their respective ministries. This roundtable was sold out in nearly two months in advance. James Merritt, Mark Balmer, Robb Hawks and James O. Davis were the keynote teachers.

Down Under Ministry In New Zealand & School of Missions: Pastor Peter Mortlock has provided phenomenal leadership throughout New Zealand and beyond. More than 25 years ago, Peter and his wife, Bev, pioneered City Impact Church in Auckland, New Zealand. In the last several years, Peter has rolled out a powerful church planting strategy to deeply impact his beautiful nation for Christ. James Davis ministered with Pastor Peter over the weekend and then traveled to Fiji for the second time to join forces with Pastor Kurulo for his School of Missions. More than 400 leaders attended from many countries worldwide.

The Chinese Connection: Even though this section will remain vague on purpose, key Chinese leaders chose to network together in China, in July, 2013. During this time, key leaders from 70 universities converged together. Dr. James Davis’ book, “How To Make Your Net Work” was translated by key Chinese leaders and now is available for those who read the Chinese language.

The Global Training Summit: In October, key pastors/leaders of the Billion Soul Network convened in Interlaken, Switzerland for three strategic days. The overarching purpose of this summit was to finalize the Global Training Curriculum and the Global HUBS of Christianity. The Global HUBS of Christianity will be officially launched at the upcoming Synergize 4 Pastors Conference in Orlando, Florida. The networking goal is to help train 50,000 to 60,000 pastors in the HUBS by 2022.

Ledyaev was launched in Riga, Latvia. In 1989, Alexey pioneered the New Generation Church in Riga, Latvia, along with a movement of churches throughout his region, even into Ukraine and Russia. Today, there are nearly 400 churches connected to the New Generation Movement. The Billion Soul Network is thrilled to partner with Pastor Alexey and his world class team in the furtherance of the synergizing of relationships, the systematizing of resources and the strategizing among unreached people groups. This is the first HUB of several more planned in this region. The deep impact of New Generation Church is seen all areas of Latvia’s society!

For the first-time since the launching of the Billion Soul Network in 2002, I would like to extend to you the opportunity to becoming a Billion Soul Partner. Click Here To Give! At the time of this writing, we need 100 visionary partners who will commit to sow at least $25 per month throughout 2014. You may wonder, what would these funds be used for? Great question!

In just a few weeks, we will be launching the Grand Opening of the Global HUBS of Christianity. Each HUB will need hundreds of copies of The Global HUBS Training Guide that consist of 30 life-changing courses that pastors will be taught in the Global HUBS of Christianity. The strategic, international goal is to help train an additional 50,000 to 60,000 pastors by 2022. Will you join forces with us in 2014? Your $25 gift will go further than you have ever imagined. Click Here To Give! All of these Global HUBS Training Guides will be printed in the country where the Hub is located in order to save thousands of dollars together.

Together we can double the size of the Church! Since we collectively launched the Billon Soul Initiative, 400 million have been saved and 2.3 million churches have been planted worldwide! The next billion is on the horizon! Let’s climb the Christian’s Mount Everest and put the cross on the roof of the world!

P.S. I am most grateful for your prayers over this $25 monthly gift in 2014. 100 partners will give us the ability train pastors like never before!