The Church Of God Is Synergizing Toward The Fulfillment Of The Great Commission! 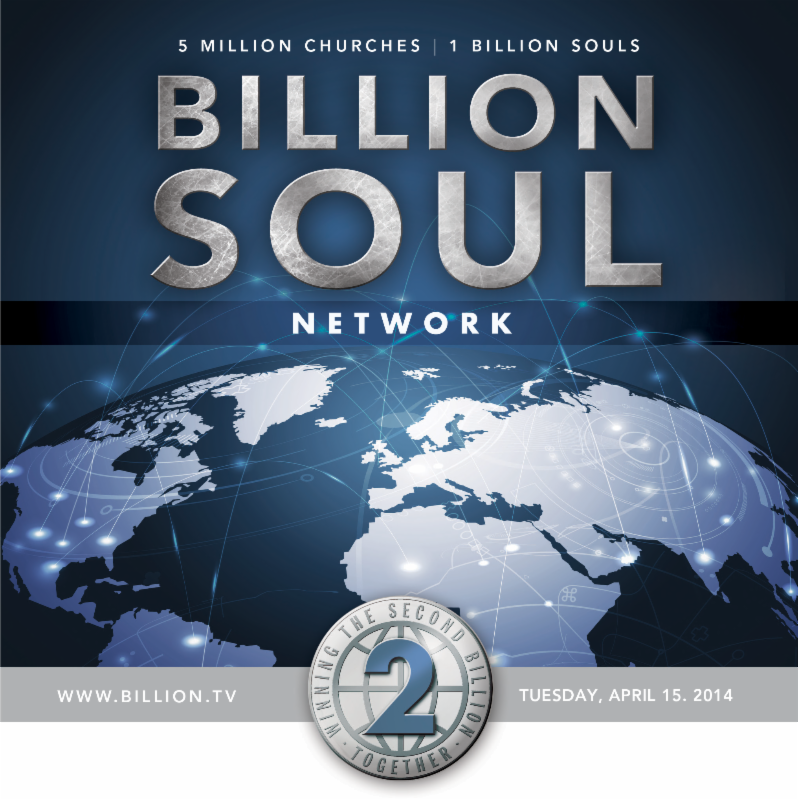 Since the beginning of the Billion Soul Network, key Church of God leaders have played vital roles in its form, focus and follow-through worldwide. Dr. Paul Walker, former General Overseer of the Church of God, has helped to lead strategic discussions over the years. He framed for BSN what is often called the “spine of the network.” This spine consist of:

It has been this networking spine that has brought clarity in the vision of planting five new churches for a billion soul harvest in our generation. 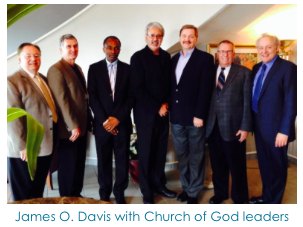 videotaped his course on “The Pathway Of Preaching” for the Global Church Learning Center. This powerful course will makes its debut in the second-half of 2014. Anyone who has heard the preaching of Dr. Williams is familiar with his unique and disciplined style of ministering the Word. His scripture text ismemorized. His points are precise. His delivery is impeccable. His anointing is genuine. The Global Church will glean much when his course on preaching is released later this year.

Last week, Dr. Timothy Hill, World Missions Director for the Church of God, along with his global missions team and I met for several hours, discussing networking and synergy throughout the Body of Christ, as well as, between the Billion Soul Network and Church of God Internationally. Plans are being made now to connect thousands of Church of God leaders (church planters, national bishops, missionaries, pastors, etc.) to the Global Church Learning Center in the months ahead. At the present time, the Church of God World Missions leadership is synergizing to help finish the Great Commission during our lifetime.

The North American Roundtable For Biblical Preaching will convene on January 20-22, 2015, in Melbourne, Florida. Dr. Kenneth C. Ulmer, Senior Pastor of Faithful Central Bible Church, Los Angles, CA, Dr. Mark Williams, General Overseer for the Church of God, Cleveland, TN, and Dr. James O. Davis, Cofounder of the Billion Soul Network, will be the three distinguished teachers. Only 40 seats remain for this historic gathering of pastors and leaders who wish improve their preaching skills in the 21st Century. Register Today and makes plans to attend the North American Roundtable On Biblical Preaching in winter, 2015, in sunny Florida!

Dr. Leonard Sweet’s latest book, Giving Blood: A Fresh Paradigm On Preaching is considered to be the finest book on preaching in the last twenty years. Every serious minded preacher who truly wants to cross the communication chasm of the 21st century and witness more souls coming to Christ, must read, Giving Blood. This is not simply another book “on communication” but a landslide resource “on connection” between the “text” and the “times, the “pictures” and the “people” and the “stories” with “souls” for today. The valuable resource sets the standard for the communicative-edge for many years to come. Read it and be rewarded with filled altars! 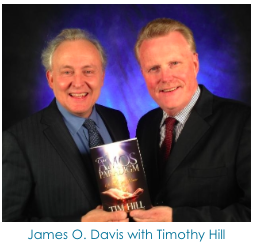 Two years ago, a pastor friend asked me, “If you could pray for one thing more than anything else in your life, what would that one thing be?” I instantly responded and said, “Pray for favor. Favor is more valuable than we have ever imagined. Dr. Timothy Hill, World Missions Director for the Church of God, has just released a remarkable book entitled, The Amos Paradigm: Life At The Speed Favor. When favor is high, labor is low. When favor is low, labor is high. In his book, Dr. Hill has outlined for us the steps required to cultivate this favor with God and the dynamic, life-changing results when favor is high upon our life.

We are to be highly favored of the Lord. When we live in our Lord’s favor, we are able to achieve more important things faster and also do them more cost effectively. Rev. Jentezen Franklin, Senior Pastor of Chapel Worship Center, Gainesville, GA, writes: Dr. Hill has been referred to as a statesman, negotiator, mediator, ambassador and preacher with a prophetic voice and message. The latter is evident as Dr. Hill unveils the message, tenets, and principles of what he defines as ‘The Amos Paradigm: The word “remarkable” doesn’t begin to describe what lies ahead for all who believe. Just think of it: God will exceed all you expect. The Lord will increase all you invest. He will accelerate time to accomplish His Kingdom purpose in your life. Favor is more than a season, it is a way of life!

Take a moment to click on the picture of the book and enjoy the two minute video interview with Dr. Hill about The Amos Paradigm: Life At The Speed Of Favor. You will be glad that you did! Let’s pray for favor upon our lives during this week of Easter.