Suliasi Kurulo’s Life Story: From The Ends Of The Earth 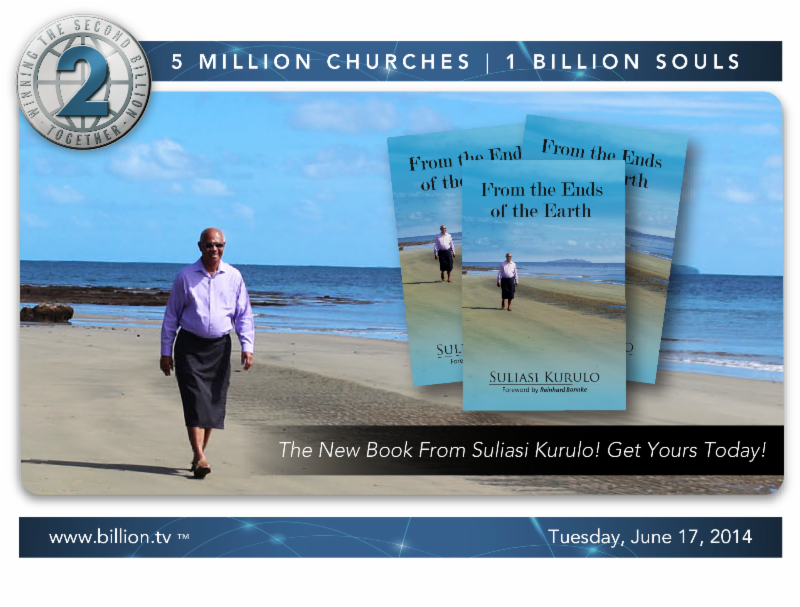 Billion Soul Greetings! Dr. Suliasi Kurulo is the epitome of a pastor who has taken seriously and literally the fulfillment of the Great Commission. This statement is not to imply or infer that other pastors and leaders are not achieving phenomenal outcomes in the world today. In fact, a lot of their stories make me often feel like I have not gotten out of bed as they literally impact their respective worlds with Christ!

Just think about this: In the last 24 years, through the visionary leadership of Pastor Kurulo:

The words of Dr. James Hudson Taylor IV continue to echo in mind: “The mission field has become a mission force.” I often say, “We are moving from parenting to partnering. It is no longer the West going to the Rest, but the Best around the world going to the Rest of the world.” 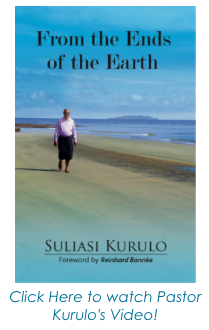 In latest book, From The Ends Of The Earth, Suliasi writes:

Listen in Suliasi’s own words as to where the Global Church is going in the next few years. This pungent video will enlighten you about the future and build your faith at the same time. From The Ends Of The Earth will move your heart, mind and spirit to believe our Lord for supernatural outcomes in our personal lives. This book is a must for every Kingdom-minded leader today who wants to know where the Global Church is headed this century. I believe every Christian should purchase this book and ten more copies for their closest friends! Visit www.SuliasiKurulo.com to get your copy today!

Convening on January 20-22, 2015, in Melbourne, Florida. Dr. Kenneth C. Ulmer, Senior Pastor of Faithful Central Bible Church, Los Angles, CA, Dr. Mark Williams, General Overseer for the Church of God, Cleveland, TN, and Dr. James O. Davis, Cofounder of the Billion Soul Network, will be the three distinguished teachers. Only 18 seats remain for this historic gathering of pastors and leaders who wish improve their preaching skills in the 21st Century. Register today and makes plans to attend the North American Roundtable On Biblical Preaching in winter, 2015, in sunny Florida! www.preach.tv

We are thrilled to offer you the global power of network publishing! Billion Soul Publishing harnesses powerful relationships in order to bring the finest resources to the Global Church today. Without a doubt, Billion Soul Publishing brings the author and the world together from the first day his/her book is released into the marketplace. Every pastor or leader can turn their manuscript into a global book in just a matter of months! We are here to assist you and to make it harder for someone to live on the earth and to have not heard the Gospel of Jesus Christ. Visit www.billionsoulpub.com today!

We Are The Church by Leonard Sweet and James O. Davis was released at the Billion Soul Summit in Jakarta, Indonesia. This global book officially made its debut in Indonesia before in the United States. Jack Hayford states, We Are the Church makes revolutionary and powerful statements we all need to hear and lessons that need to become fixed in our minds, so as to ensure the impact of the Church for the future. As we move forward together in the mission that God has for all of us, there can be no doubt that if the Great Commission is ever to be realized in any generation to come, it will take the collective Body of Christ to fulfill it. Click here to secure your copy today! 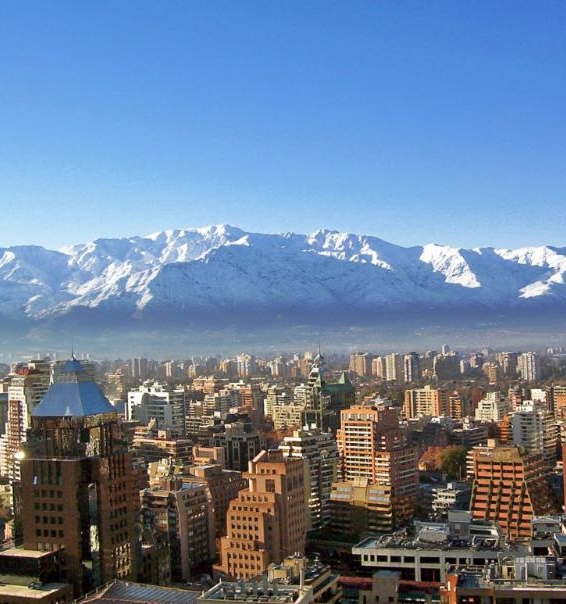 On July 3-6, 2014, a Billion Soul Summit will convene in Santiago, Chile. Senior Pastor Eduardo Duran Castro, First Pentecostal Methodist Church and James O. Davis, Cofounder, Billion Soul Network, will host this strategic summit. The First Pentecostal Methodist Church continues to be one of the largest and strongest churches in the Body of Christ today. Hundreds of pastors and key Christian leaders will synergize their efforts together for the equipping of leaders for church planting, networking and missions. Elmer Towns, Cofounder of Liberty University will also bring keynote teachings to all of the leaders of this world region. 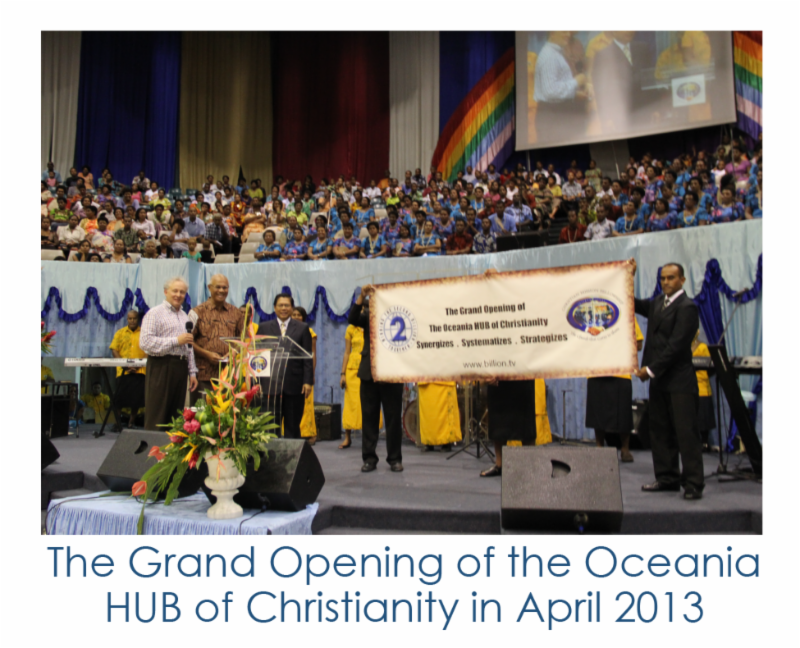 As we move into the second-half of 2014, I challenge you to: 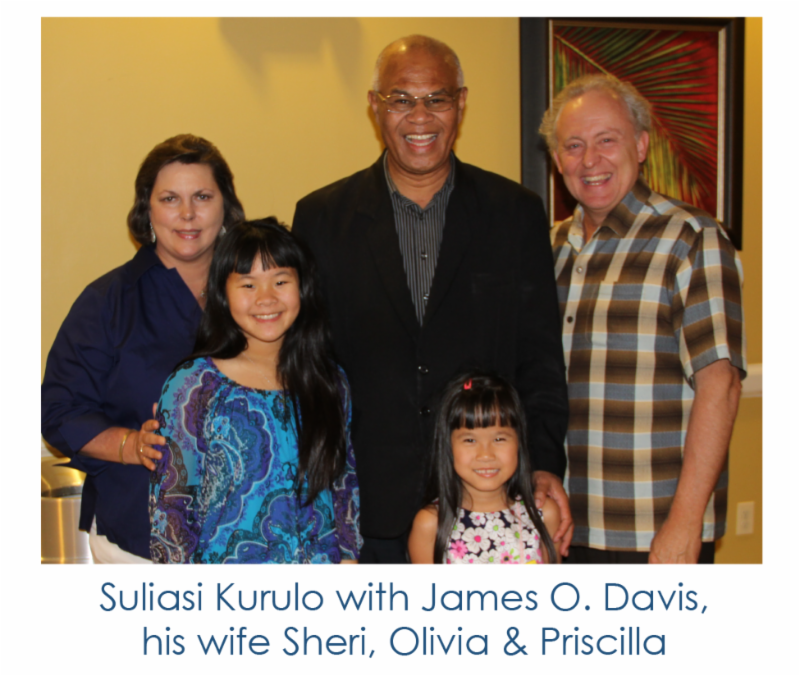 On Father’s Day weekend, while Suliasi was ministering in Orlando, my wife, Sheri, Olivia, Priscilla and I were able to visit with him. It was a joy to hear his latest plans and missionary stories. When Dr. Leonard Sweet and I were writing, We Are The Church we highly featured the life and ministry Pastor Kurulo and the World Harvest Center.

The Finish Line is within this generation’s reach. More than 100,000 are coming to Christ each day. Let’s turn decisions into disciples and move from adding to multiplying as fast possible. Blessings.