The Southern Baptist Convention Challenges Us To Realign Our Missional Vision! 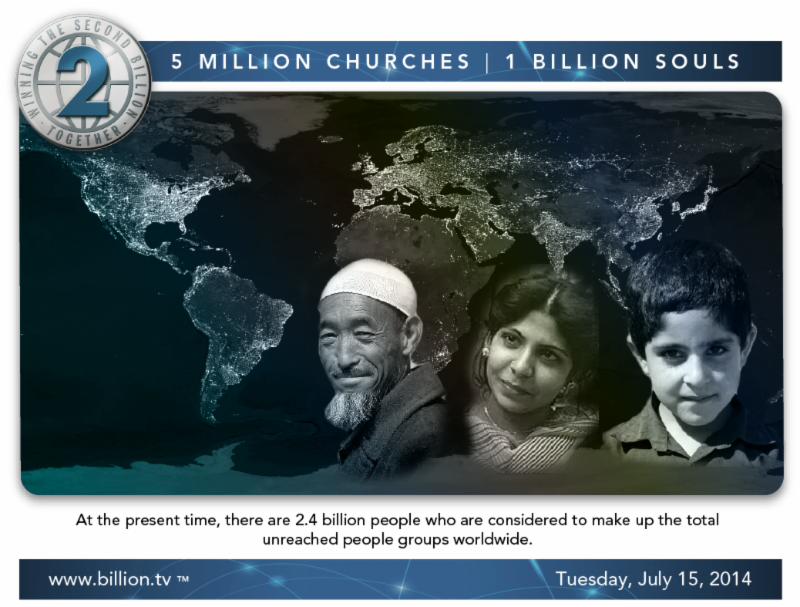 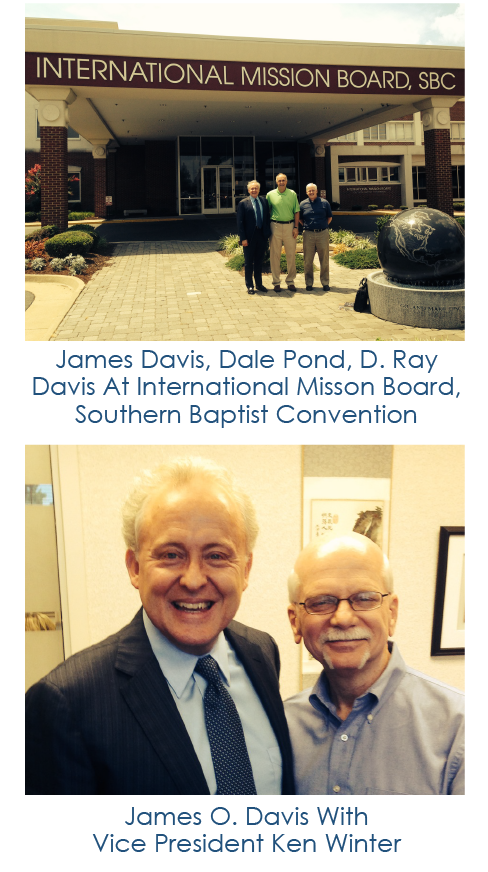 There can be no doubt that Baptist leaders have been known throughout the centuries for their heart toward the fulfillment of the Great Commission. On Monday, Ken Winter, Vice President of International Mission Board, D. Ray Davis, Church Partner & Connections, David Mills, Marketplace Advance, Andy Tuttle, Amanda Dimperio and Al Hodges (Internationalization of Missions), Dale Pond, Missions Director of Green Acres Baptist Church, Tyler, Texas and James O. Davis, Cofounder/Billion Soul, met at the International Mission Board of the Southern Baptist Convention in Richmond, Virginia. Presently, there are 4,400 SBC missionaries worldwide.

At the dawn of the 21st Century, IMB began a strong missional shift, specifically toward those who have never heard the Gospel. As IMB leaders became more focused on the “unfinished task,” new terms began to emerged that have become common place among those today who are also focused on those who have never heard the gospel.
In the last twenty years, the IMB realigned its missions force from 18% living in risky areas/regions to more than 60% today. Such terms include Unengaged Unreached People Groups (those who have zero access to the Gospel) and Unreached People Groups (those who have access but are still considered unreached). At the present time, there are 2.4 billion people who are considered to make up the total unreached people groups. This number is so staggering, when a Christian or a Christian organization pauses long enough to think about the sacred weight of this spiritual phenomenal during this generation.

The Billion Soul Network was formed with the conviction that the Kingdom of God has enough men and women, enough money, enough methods and enough models, but what is needed is enough motivation toward finishing the assignment. With this motivation comes the stark reality that no single organization alone could ever reach the 2.4 billion with the Gospel. We must forge synergistic paths of cooperation, collaboration and commitment!

Convening on January 20-22, 2015, in Melbourne, Florida. Dr. Kenneth C. Ulmer, Senior Pastor of Faithful Central Bible Church, Los Angles, CA, Dr. Mark Williams, General Overseer for the Church of God, Cleveland, TN, and Dr. James O. Davis, Cofounder of the Billion Soul Network, will be the three distinguished teachers. There is limited seating for this historic gathering of pastors and leaders who wish improve their preaching skills in the 21st Century. Register today and makes plans to attend the North American Roundtable On Biblical Preaching in winter, 2015, in sunny Florida! www.preach.tv 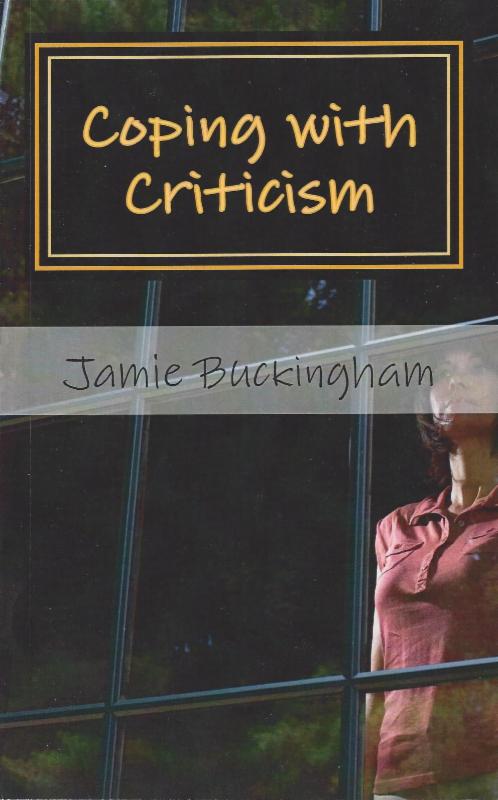 Every pastor and leader can expect criticism. It goes with the job description. The question isn’t are you being criticized? It’s how are you coping with it?

In his classic book, Coping With Criticism, the late pastor and author Jamie Buckingham shared many of his own struggles with critics-friends, family, church members, and complete strangers-as well as the lessons he learned about responding to criticism with wisdom, truth, compassion, and grace. With the transparency and gentle humor that was his hallmark, he offered practical solutions for Coping With Criticism in a Christ-like way.

Jamie passed away in 1992, but Coping With Criticism is still fresh, insightful, and as relevant today as ever. A much-loved leader in the global Church, Jamie was known as a bridge-builder who reached across denominational lines to bring Christians together. He was a friend and confidant to pastors and leaders in charismatic, liturgical, Pentecostal, and traditional churches in the United States and around the world.

Thankfully, many of Jamie’s best-selling books, audios, and videos (most of them filmed on location in Israel) are being restored and reintroduced to the Body of Christ at no cost or low cost by Risky Living Ministries, led by Jamie’s son, Bruce Buckingham. To get a copy of Coping With Criticism to add to your library of Christian classics, or to discover more resources by Jamie Buckingham, click here.

We Are The Church by Leonard Sweet and James O. Davis was released at the Billion Soul Summit in Jakarta, Indonesia. This global book officially made its debut in Indonesia before in the United States. Jack Hayford states, We Are the Church makes revolutionary and powerful statements we all need to hear and lessons that need to become fixed in our minds, so as to ensure the impact of the Church for the future. As we move forward together in the mission that God has for all of us, there can be no doubt that if the Great Commission is ever to be realized in any generation to come, it will take the collective Body of Christ to fulfill it. Click here to secure your copy today! 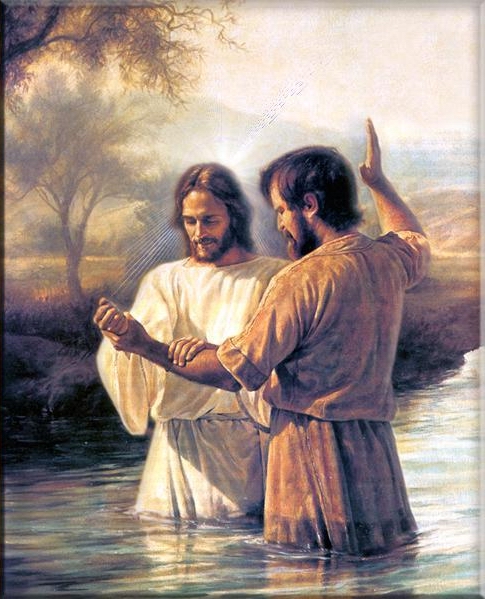 In the final analysis, our risen Lord commanded us to “make disciples” in all ethic groups. I believe that the “saving work” is the easy work but the “making disciples” is the hard work. It does not take any more grace for God to save the hardest person on the planet than it does to save the person who is considered to be a good person. Yet, when it comes to making disciples, this is where the momentum slows or never even gets started.

What is the first step in moving a decision to a disciple? Based upon ones Christian tradition, he or she may have a variety of answers. However, Jesus makes this very clear in his final words to his disciples before He ascended to heaven. Jesus said, “baptizing them.” Step number one in discipleship is water baptism. I would like to encourage you to have a systematic approach to baptizing new believers in Christ. The truth of the matter is quite simple for all of us. If we know that we are to do something and we don’t do it, then it is sin for us. If Believers know that they are to be baptized in water but they do not do it, then it is sin for them.

When Jesus was baptized in water, “the heavens opened”, the “Spirit anointed Him” and the “Father spoke to him”. Water baptism is the first step toward living one’s life under an open heaven, anointed by the Holy Spirit and hearing the Father’s voice. What can be more important than these? Disobedience shuts the heavens, grieves the Holy Spirit and silences the Father’s voice. Let’s go out and tell the world about Jesus, especially those who have never heard, and make disciples in every ethic group!