The Son Is Rising In Canada: A Remarkable Story! 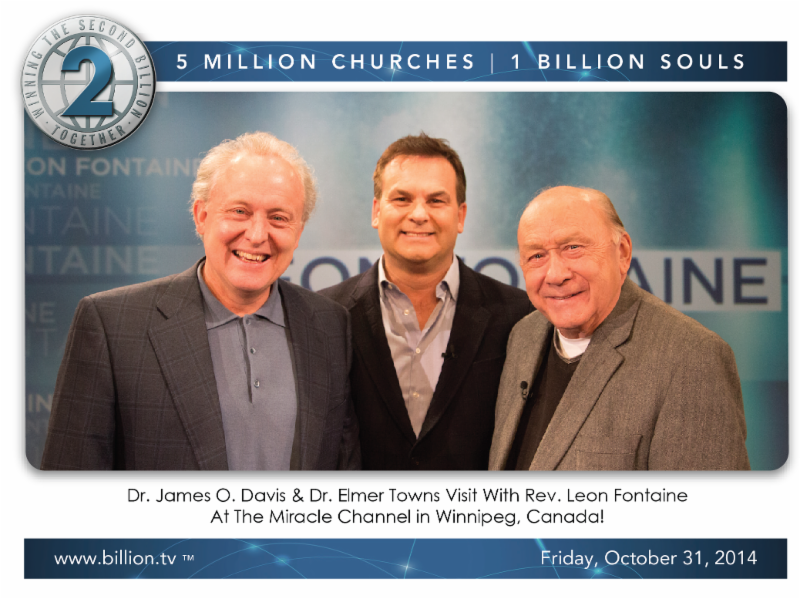 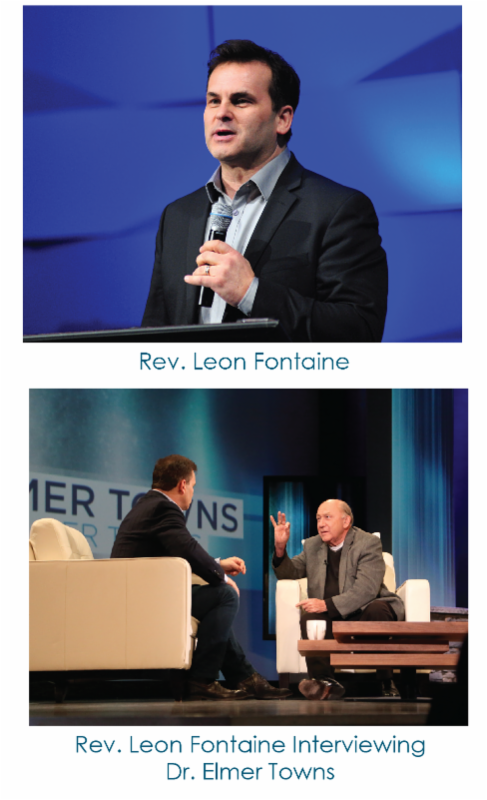 Rev. Leon Fontaine is Senior Pastor at Springs Church in Winnipeg, Canada and CoChair/Canada in the Billion Soul Network. He has devoted his life to empowering people to achieve a greater destiny in Christ and has garnered worldwide recognition for building a spiritually contemporary church that teaches the powerful Word of God in a practical and relevant way.

Dr. Elmer Towns, Cofounder of Liberty University and Dean of the Global Church Learning Center (GCLC.tv) and Dr. James O. Davis, Cofounder of Billion Soul Network, met with Leon Fontaine at Springs Church. Several dynamic interviews were video taped for The Miracle Channel to be aired in January, 2015. Dr. Towns and Dr. Davis also interviewed Pastor Leon for a new book that will released in the Summer, 2015. James also interviewed Leon for more training to be made available in the Global Church Learning Center.

Since becoming Senior Pastor at Springs Church, in Winnipeg in 1994, Leon has taken the church through a period of unprecedented growth with the adage, “One Church, Many Locations.” Most recently the CEO of The Miracle Channel has been added to Pastor Leon’s responsibilities. The Miracle Channel is a 24 hour a day Christian television station based out of Lethbridge, Alberta, available to over 4.2 million Canadian and 1.2 million American homes.

With nearly 30 years in leadership and ministry, Leon is sough-after as a consultant in church growth and management. He travels extensively around the world, teaching and training business and church leaders, as well as, equipping individuals with skills for family, career, and success in life. Each week Leon’s teachings are heard by more than 10,000 people attending services located in Winnipeg, southern Manitoba and Calgary, Alberta. His weekly television program is broadcast across North America, Asia, Africa and other far-reaching parts of the world.

Dr. Doug Beacham, Presiding Bishop of the International Pentecostal Holiness Church, featured The Elmer Towns Legacy Library at their recent National Meeting of US Bishops in Oklahoma City, Oklahoma. Nearly every Conference Bishop chose to secure their personal set for their pastors and leaders. These limited editions are going fast!

Be sure to secure your personal copy of The Elmer Towns Legacy Library before they are all gone! With a Missions Gift, you can owned the best pastor’s resource ever created by a single leader. With nearly One Terabyte of searchable content, this gold mine of preaching and teaching will be a treasure trove for decades to come. You will save study time and grow wiser on a weekly basis. Only 148 Billion Soul Editions Left! Go to www.ETLL.tv and gets yours today!

The North American Roundtable On Biblical Preaching has been sold-out since August, 2014. Dr. Kenneth Ulmer, Senior Pastor of Faithful Central Bible Church, Dr. Mark Williams, General Overseer for the Church of God, and Dr. James O. Davis will be the featured teachers this year. MAKE PLANS to view this outstanding preaching roundtable online. Go to www.Preach.tv to register for the Roundtable Live Online for just $59! You will be able to interact during all teaching sessions and will receive a copy of all of the lecture notes. 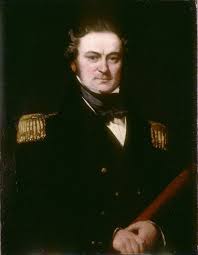 Years ago, William Edward Perry, a famous English explorer, mapped out most of the Souther Polar Cap. Many of his maps are still being used today by those who travel to that desolate, sub-zero continent. On one particular expedition, he and his crew having completed mapping an uncharted region, were preparing to hike to another unfamiliar location.

On the eve of their departure, they studied the stars and determined their exact coordinates. As the sun rose, they began a hard, lengthy journey north to this unmapped region. They marched through the ice and snow all day long with the freezing air burning their lungs. As the sunset, they made camp, totally exhausted from their trip. After their evening meal, Mr. Perry studied the stars again to determine their exact coordinates. He was stunned to learn that even though he and his crew had journeyed north all day, that they were now further south than when they begun in the morning. After struggling to solve this problem, they discovered that even though they had traveled north, they were on a giant ice flow that was moving faster south than they were moving north. While they thought they were going in the right direction, they were slip sliding away and did not even know it.

A deeply sobering reality is that it is possible for a church or organization to grow numerically and flourish financially, while thinking at the same time, he or she is making great strides in the right direction, but unknowingly losing ground each year. There are countless numbers of Christians, who have not slowed down long enough to really assess, whether or not, they are truly helping to fulfill the Great Commission. I challenge you to invest at least ten percent of your budget and time into truly making a contribution to regions and people groups who have never heard the Gospel for the first time. Blessings.