The Greatest Currency In The World Today! 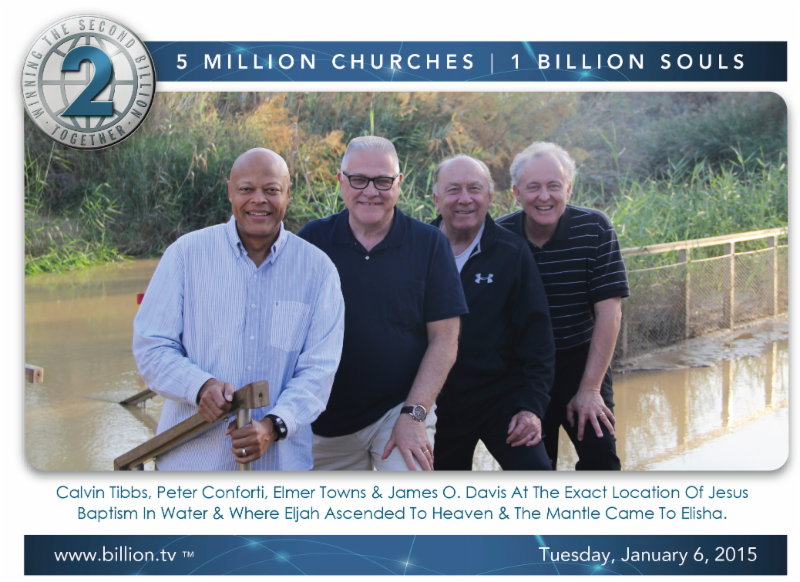 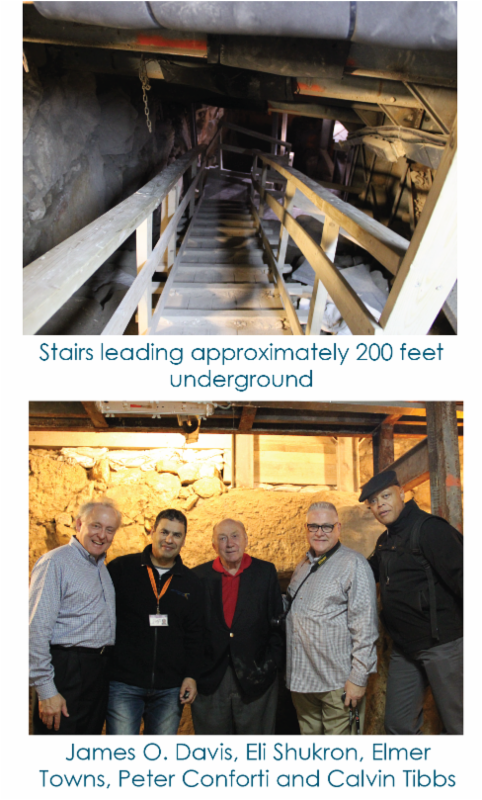 I was fortunate to be in the Holy Land for the first time in December, 2014. While we (Elmer Towns, Calvin Tibbs and Peter Conforti) were traveling and touring through many of the priceless archaeological findings, I observed in real-time what I call, “the most valuable currency in the world.” Throughout global economies, currencies rise and fall and set the financial standard for the rest of the world. Every day, people trade on these currencies for personal and business gain. Yet, I contend that the most valuable traded currencies in the world are not the global currencies (Euro, British Pound, US Dollar, Australian Dollar, Chinese Rimini, etc.), but the traded relational currencies between friends and fellow-servants both in the sacred and secular worlds. I have known this lesson for many years and have written about this in How To Make Your Net Work: Tying Relational Knots For Global Impact released in January, 2013. While I was in Israel, however, I saw this firsthand and personally benefited from it. Let me explain. 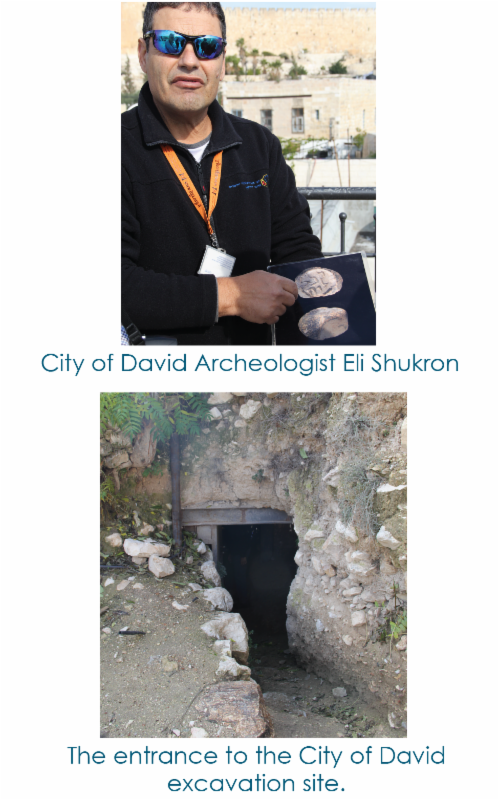 While we were in Jerusalem, we were fortunate to go the ancient City of David. Our tour guide, Ronnie Winter, who is outstanding leader, introduced us to a very close friend of his, Eli Shukron. Eli is a world famous, leading archaeologist. For 20 years, Eli directed the excavation of the ancient City of David. He was the one who managed teams, both above and beneath the earth’s surface for two decades. During this timeframe, he discovered remarkable findings that are absolutely priceless today.

While we were approximately 200 feet under the earth’s surface, Eli took us to an undisclosed area where he had never taken Ronnie before. Ronnie and Eli had been friends for more than 20 years and yet Ronnie told me personally, “Where we’re going today I have never been to before.” The region where Eli took us was padlocked with a huge metal door. Upon unlocking the door he took us further down into a remote tunnel. As we walked through this dimly lighted area, he let us into an even more remote location that was dated 3800 years ago. Eli looked at us and he said, “You are now in the timeframe of Abraham and Mechizedek. He showed us archaeological discoveries that completely demonstrated without any doubt, the early mindset of the creation of the Outer Court, Holy Place and Holy of Holies. This timeframe dated many centuries before Moses.

Upon leaving this extremely rare region, we ventured into an ancient Canaanite tunnel that was at least one-third of a mile in length. In the heart of this tunnel, Eli and Ronnie began a conversation between themselves in Hebrew. I could see by Ronnie’s facial gestures, he did not like what Eli was mentioning to him. Yet since none of us spoke modern Hebrew we had no idea what they were conversing about. Upon the completion of their conversation Ronnie then excused himself and said that he would meet us when we finished our tour of the Canaanite tunnels. When we finally surfaced to the top of the earth, Eli led us to the southern wall of the city of Jerusalem. We then sat down on marble steps and he began to explain to us that these were the actual steps where Jesus would’ve sat and taught daily in the temple area. While Eli was sharing these thoughts with us, a few minutes later Ron reappeared with several prestigious bags in his hand.

In these bags, were rare photo collages that Eli had put together highlighting many of his archaeological discoveries. The reason he had asked Ronnie to leave the Canaanite Tunnels was that he was disappointed in the bags that he had received earlier because they were not the current style. In other words he was honoring Ronnie’s friends at the highest possible level! Of course, we would’ve been happy with either bag, but for Eli it wasn’t good enough. It had to be at the very best for Ronnie to honor him and to honor us. Then, Eli signed these photo collages and personally gave each of us a personal copy from him.

When we were finished with our time along the southern wall of Jerusalem, I realized that I had witnessed one of the highest forms of traded currency in the world today. We were fortunate to trade on the relationship that Ronnie had with Eli for more than 20 years. We hadn’t earned it and we certainly couldn’t pay for it. Yet through Ronnie’s and Eli’s relationship we traded on a currency between them that took us to unknown and unthinkable areas where we would have never been able to go by ourselves.

FELLOWSHIP TRAVEL: BOOK YOUR TOUR OF THE HOLY LAND!

Whether you’re looking for great rates on group travel airfare, customizable tours or rewarding volunteer abroad packages, Fellowship Travel has the tour for you! They offer a variety of tours to the Holy Land in addition to dozens of other international locations.

Fellowship Travel is focused on building long-term relationships based on mutual trust & respect. Driven by passion to exceed their customers’ expectations, they strive to create partnerships by not only fulfilling clients’ needs, but helping them achieve their goals. Check out all they have to offer and book the trip of a lifetime today at www.fellowship.com

The Synergize 2016! Conference is brought to you by the Billion Soul Network, located in the Greater Orlando Area. This global conference has been developed and designed for leaders who desire to network, synergize and mobilize for the fulfillment of the Great Commission. This world class conference is for those who want to go beyond just “doing church” to embark on a Christian ministry adventure that could impact their entire community and the world.

You will meet many of the foremost sermonizers, most aggressive soul-winners and top missions minded leaders in the world today. This historic gathering is so large, that it only comes once every two years. Register today! Reap forever! Visit www.synergize.tv

Often, during our busy, fast-paced lives we never take the time to evaluate the currency of relationships the Lord has put into our personal lives. If we’re not careful we will mistreat or underestimate the value of another person’s relationship and not realize how fortunate we are to know someone. I contend that we either squander these priceless relationships or invest into them for compounding eternal, Kingdom dividends. With these thoughts in mind I would like to suggest the following steps to help us to cultivate and preserve priceless relationships. 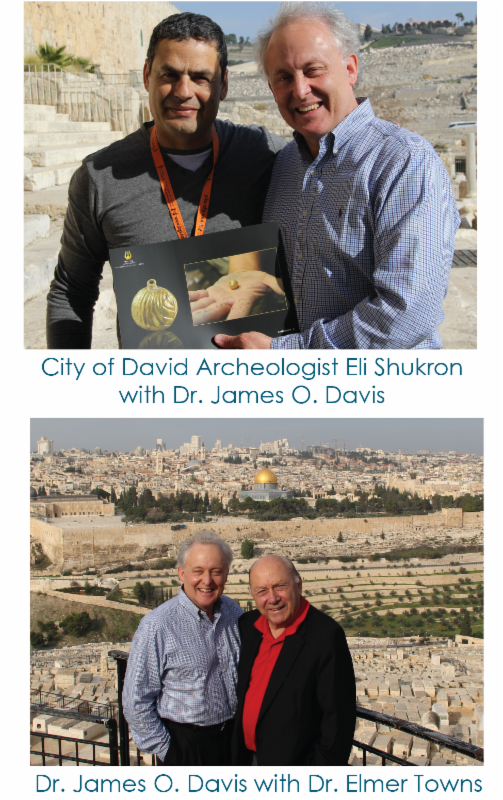 First, practice the golden rule. Do unto to others as you would have them to do unto you. Be sure not to mistreat or undervalue another person’s relationship when he or she chooses to share that relationship with you. Treat that relationship with the highest form of human respect and dignity. I can promise you that if a person mistreats a friends relationship or misuses it for personal gain at the expense of the one who shared it, this person will not have this opportunity again.

Second, once you been afforded the opportunity to trade on another person’s relationship, be sure to loudly thank the person who provided that opportunity to you and be sure to write a thank you to the person who has blessed you and enriched your life through the trading of this relationship. He or she has chosen to invest their time into you; time that is forever gone.

Fourth, take an assessment each quarter of the year, of the key relationships in your life. Consider placing a value of 1 (being the lowest) to 5 (being the highest) as to the importance of these relationships and what they mean to you personally. Be sure to continually improve the quality of the relationships that the Lord has placed within the circumference of your life.

If you sense a lukewarmness developing in any of your most cherished relationships decide what you’re going to do about it. Wise leaders not only take the time to evaluate their enemies, but find the time to assess their friends. It is unfortunate, but there are instances when our so called “best friends” can become our worst enemies.

Last, invest your time, energy and resources into the cultivating and elevating valuable relationships. Seek out new people along life’s journey. From time to time, think through the eyes of your friends and ask yourself, “What can I do to add value to his or her life?” Don’t see relationships as steppingstones but see them as an opportunity to grow mutually together to fulfill the divine destiny in each other’s lives for the glory of God.

The greatest currency in the world is the trading of valuable relationships that God places into our lives. May our prayer be that we recognize the priceless value of these relationships and trade on them with the dignity and respect that brings honor to them and glory to our Lord. Blessings.