The Coming Economic Crash To The World! 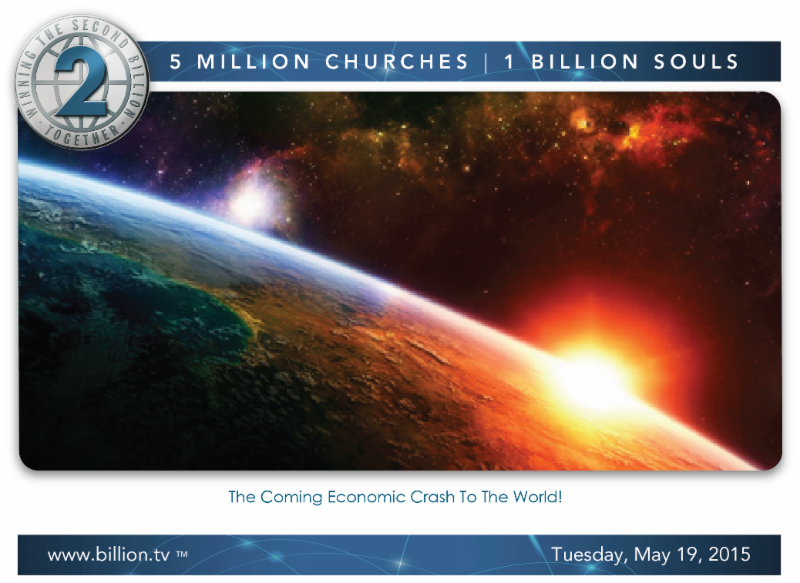 There is coming an economic calamity and crash, an economic disaster that is going to make the depression of 1929 and recession of 2008, look like a little blip on the radar screen of time. We don’t know how far we are from it, but we know it will take place. 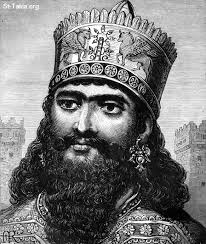 In Revelation, chapter 18, we read, “And after these things I saw another angel come down from heaven, having great power, and the earth was lightened with his glory. And he cried with a strong voice, saying, Babylon the great is fallen, is fallen, and become the habitation of devils and the hold of every foul spirit, and a cage of every unclean and hateful bird.”

What on earth is Babylon? In Revelation 17, Babylon is the Bible’s cryptic and descriptive name for the value system of the ungodly age and the kingdom of Antichrist. It is called Babylon because its system, its ideas, its philosophies root all the way back to the Book of Genesis.

There was a man named Nimrod who built the Tower of Babel. It was mankind’s first attempt at humanism; for man to establish his independence apart from God. Man was at the center and the circumference of all that was done there. God judged the Tower of Babel. Nimrod was the main leader of that time period. His name means, “rebel.” Three times in the Book of Genesis he is called “a mighty one.” Nimrod was a picture of the coming Antichrist who will rule over the last Babylon. Babylon began with the Tower of Babel and it will end in chapter 18 of the Book of the Revelation.

Is this Babylon described the ancient, actual city, or is this Babylon simply symbolic of a system? Is it a city, a system or both? If it is a city, will Babylon actually be rebuilt on the shores of the River Euphrates? Some think so but no one can be certain. One thing I am certain of is this: Babylon stands for a wicked and vile system. It is the counterpart; it is the holy city, the New Jerusalem. In Revelation 18, we will see the destruction of commercial Babylon.

THE DEPRAVITY OF THE ECONOMIC SYSTEM

God speaks of the system as a city. First, I want you to notice the depravity of the city (Rev. 18:1-8). This depravity includes the sin of godlessness. This system is actually infested with demon worship. The system of Antichrist, the system of Babylon is a system of Satanism. It is a system of the occult, witchcraft and astrology. The Bible is predicting that in the last days we’re going to see demons have a free rein upon this earth like they’ve never had before. The bottomless pit,the abode of spirits who have been incarcerated there will be released during the Tribulation. Click here to download the entire article.

One Minute Witness by Tom Elie

One Minute Witness is the ultimate church growth tool. It equips Christians to easily share their faith with confidence and compassion. It is a template for their testimony, and helps them write it, practice it, and share it with great and immediate results. In addition to the gospel being shared, their own faith is ignited as they return to their first love, remembering how Jesus lovingly rescued them.
Click Here to learn more!

Signposts On The Road To Armageddon by Dr. James O. Davis

The Signposts On The Road To Armageddon is a riveting and revealing exposition of end-time events! The faith-filled book serves as a compelling compass, designed to help Christians everywhere to know what is coming to pass on the earth and how to be prepared for it.

This prophetic roadmap builds a global context for supernatural living at the end of an era. As human civilization is reeling with the global challenges and changes that are taking place at the speed of light, the Christian learns how to move forward with faith, optimism and victory. Order your copy today!

As I bring this prophetic message to a close, I want to ask you two questions: Are you ready for it? How rich are you? Do you want to know how rich you are? You add up everything that you own that money cannot buy and death or disaster can take away, then you’ll know how rich you are. It is time to begin laying up treasure in heaven. The rest of it is coming down!

If you depend on the banking of this world, you are like a man painting the floor of his ship, while it is sinking. When you look at the world today, I believe we are in the beginning of the end. The Middle East is a powder keg, only needing a match to set it off in fire. The technological advancements of the last five years, will make it possible to track everyone on the planet within twenty years from now. The global economical system is maturing and becoming more interconnected everyday. We are living in the “end of an age.” We must do all we can do before the sun sets across this age of grace and Jesus comes to take His Bride to His heavenly home!

Some time ago, a mother was tucking her little girl into bed when the young daughter asked, “Mother, can you tell me the greatest day of your life?”

The mother thought for just a second and then said, “Honey, I can tell you the greatest day in my life. As you know, my father was a man who fought in the Civil War. I remember it as though it were yesterday. My mother and I were sitting on the porch one warm day. My dad had fought in the war and several months earlier we had gotten word that he had been killed in battle. I was playing with my kitten as my mother and I where sitting in the swing. Ever since Mother lost Father, she had missed him very much.

“A moment later she said to me, ‘Sweetheart, I declare that man kind of favors your father.’ 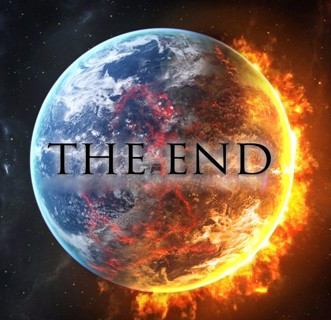 “After another moment, she said, ‘Darling, I really do think that is your father.’

“At that she burst from the porch, across the front yard, through the picket fence gate, and down the road toward the open arms of my father. I was right behind my mother and jumped for my father’s arms as I often did as a little girl and he would swing me. However, all I found was an empty coat sleeve. I saw the scars of battle on my daddy’s face and I saw that his body was bruised from the war. I knew he was missing an arm because of the warfare.

“My mother said to me, ‘Little girl, the greatest day in my life was when my daddy came back home.'”

Our greatest and grandest day is still ahead of us. For the lost person, this world is as good as it will ever be for him or her. For the Christian, this world is as bad as it will ever be before Christ comes to take us to eternal glory. Let’s win as many souls as possible and plant as many churches as possible throughout the world. Jesus is coming soon!