The Global Hubs Of Christianity To Open Throughout Africa! 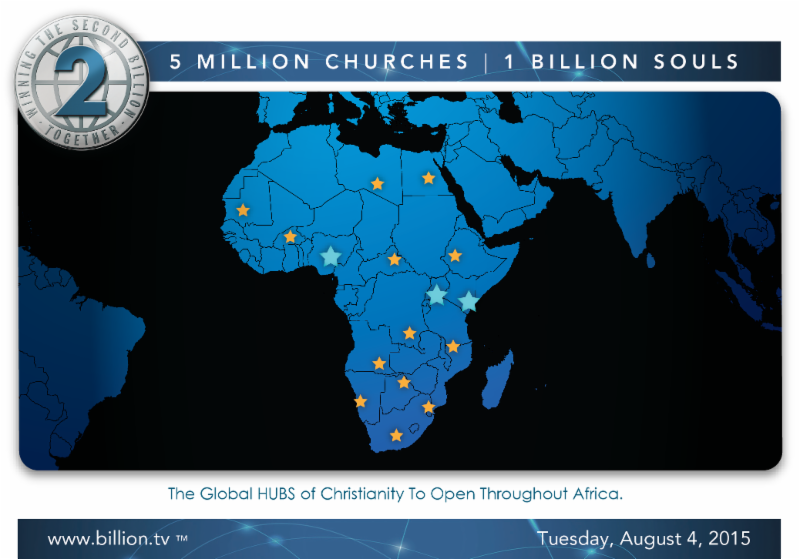 The Billion Soul Network is preparing to launch three Global Hubs in West, Central and East Africa. These three HUBS are the beginning of at least twenty HUBS throughout Africa. As these three hubs are deployed, they will be located in Ogbomosho, Nigeria, Kampala, Uganda and Nairobi, Kenya. One of the major missional philosophies of BSN is that it is no longer the West going to the Rest, but the Best around the world going to the Rest of the world. The Lord has raised up mountains of ministry worldwide and the Global Hubs of Christianity are connecting this mountain range through every nation.

The three visionary CoChairs of these African regions are Ademola Ishola (Nigeria), Alex Mitala (Uganda) and Peter Njiri (Kenya). Ademola is President Emeritus of the Nigerian Baptist Convention, numbering 15,000 churches. Alex Mitala is the Chairman Emeritus of the New Birth Fellowship of Uganda, numbering 21,000 churches. Peter Njiri is the Assembly of God General Superintendent of Kenya and Chairman of East Africa Assemblies of God. There are at least 20,000 A/G churches in East Africa.

The Global Hub launch dates are:

For these three summits, the speakers include:

If you live in one of these regions, you are more than welcomed to attend the Global Hub that is nearest to you. Simply write to info@billion.tv for more information!

In 2 Corinthians 2:14, we read, “But thanks be to God, who always leads us in His triumph in Christ, and manifest through us the sweet aroma of the knowledge of Him in every place.” Paul did not leave anything out of the equation. We have victory “in time” and in “every place.” We triumph always and in every place. There is never a time that the child of God is not to be victorious. Does it mean that it will be smooth sailing for us all the way? Will it be all honey and no bees, sunlight and roses and health and happiness and joy? No, Paul did not say this. If you didn’t have any problems, you wouldn’t need to be triumphant. 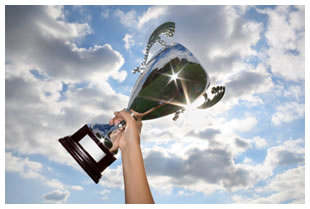 Paul wrote this text while he was in trouble. In 2 Corinthians, 2:12, he says, “Now when I came to Troas for the gospel of Christ and when a door was opened for me in the Lord, I had no rest for my spirit, not finding Titus my brother; but taking my leave of them, I went on to Macedonia.” Paul came to Troas to preach, but Titus wasn’t there. The whole mission was messed up. He had to go over to Macedonia, but his plan fell to the ground. Even though Paul lost an opportunity, he said, “I am still triumphant.”

In 2 Corinthians 4:8-9, Paul writes about his constant problems. Paul said, “We’re troubled on every side, yet not distressed; we are perplexed, but not in despair; persecuted, but not forsaken; cast down, but not destroyed.” Paul saw himself as an athlete who always won. I know that there are people reading this message who have a lot of problems. Yet, that is the place where the victory comes! The devil says, “I have pinned you to the mat and you will not get up.” You say, “Jesus help me to lift that shoulder so he cannot pin me. We may be troubled, but not distressed; perplexed, but not in despair.

We may be cast down, but we are not destroyed. Do you know what “cast down” means? It means, “knocked down, but not knocked out.” Satan is counting over us, “One, Two, Three, Four, Five, …but, he’s getting up again. I thought I was done with him.”

Satan will never overcome us because Jesus has finished him at the cross and we have the victory! Paul knew heartache, pain, anguish, temptations and trials. Yet, he said, “Thanks be to God who always leads us in His triumph in Christ Jesus.” Do you get it? If there’s no opposition, what do you need to triumph for? Our Lord has given us the victory!