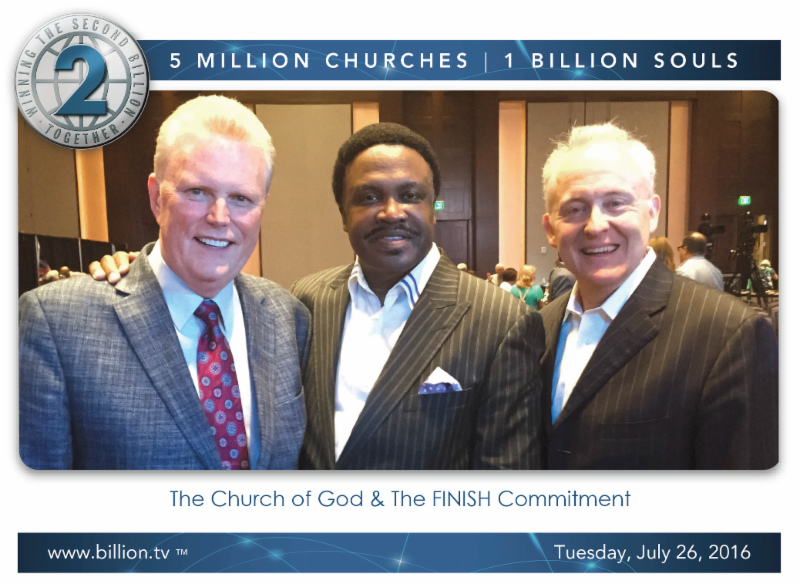 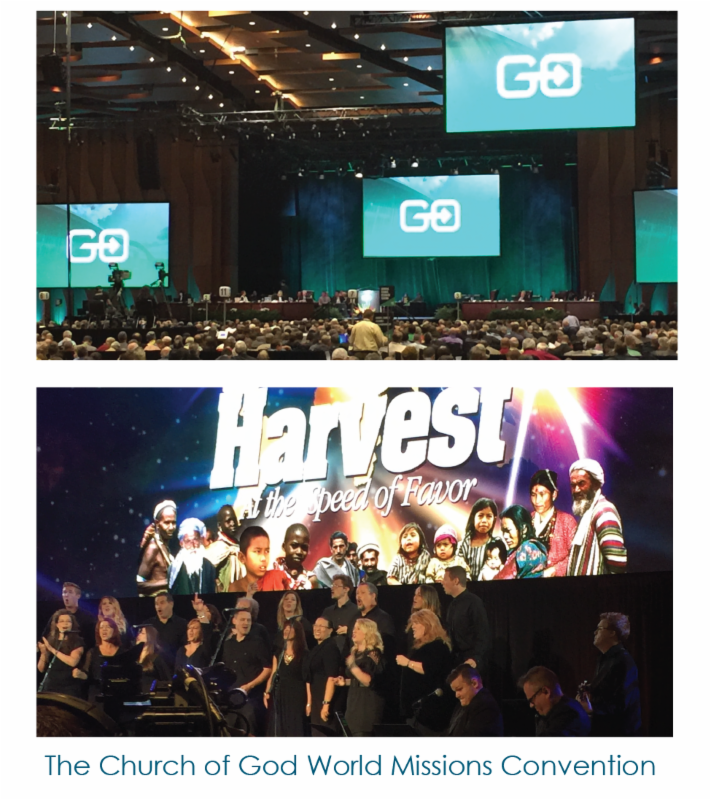 Two years ago, the Church of God World Missions launched the “F. I. N. I. S. H. Challenge” in Orlando, Florida. The FINISH acronym stands for Find, Intercede, Nurture, Invest, Send and Harvest. In the last two years, the Church of God has identified 381 new unreached people groups and planted 4,380 churches. In the last three years, 2.5 million souls saved! Be sure to click on the video below and check out the FINISH Challenge!

Last week, the Church of God World Missions moved from the FINISH Challenge to the FINISH Commitment. Pastors and leaders are being challenged to take personal ownership of the Great Commission, to adopt unreached people groups and to do their best to finish the Great Commission in this century. Dr. Timothy Hill, the newly elected General Overseer of the Church of God, Dr. Kenneth C. Ulmer, Senior Pastor of Faithful Central Bible Church, Los Angeles, California, and Dr. James O. Davis, Cofounder of the Billion Soul Network, brought visionary presentations at Church of God World Missions Convention. During his inaugural address as the newly elected General Overseer, Dr. Hill said, “We are thrilled to partner with Dr. James O. Davis and the Billion Soul Network toward the fulfillment of the Great Commission!” 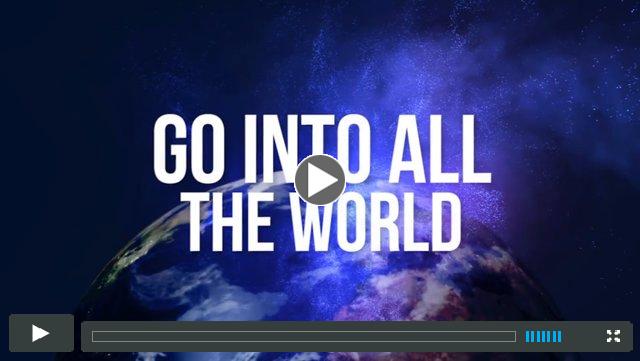 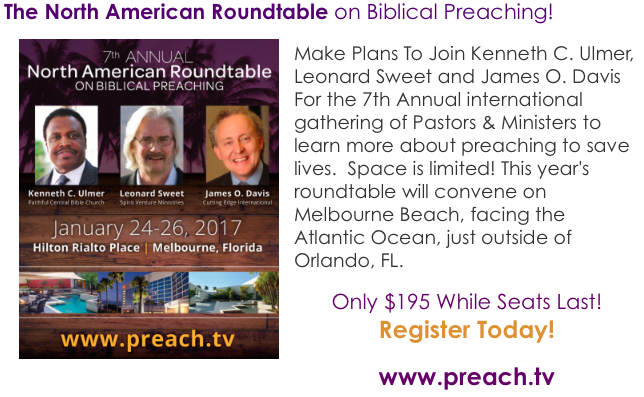 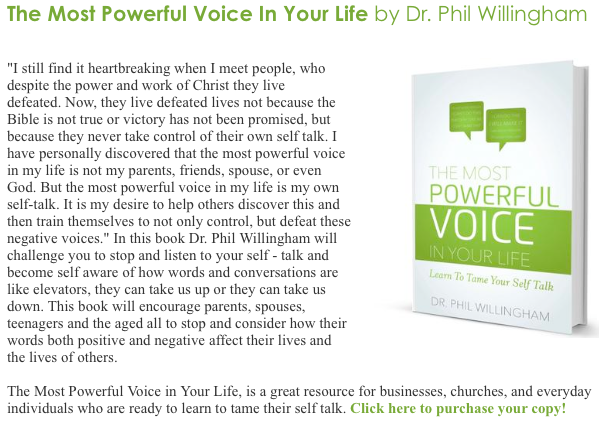 On July 20,1969, astronaut Neil Armstrong stepped off an aluminum ladder and planted his feet on the lunar surface of the moon. The President of the United States then addressed the nation and said, “The greatest event in human history occurred when man first put his foot on the moon.” I contend, however, that the greatest event in human history was when God put His foot on the earth. He stepped out of heaven, into the womb of a Jewish virgin, and Jesus was born in a manger.

Some have described Jesus as a great humanitarian, the highest form of life, a teacher, a prophet, a lunatic, a myth, and a legend. Someone said that Jesus Christ came from the bosom of the Father to the bosom of a woman. He put on humanity that we might put on divinity. He became the Son of Man that we might become sons of God.

He was born contrary to the laws of nature. He lived in poverty, was reared in obscurity, and only once crossed the boundary of the land in which He was born, and that was in His childhood. In infancy He startled the king, in boyhood He puzzled the learned doctors, and in manhood He ruled the course of nature. He walked upon the billows and hushed the sea to sleep. He healed the multitudes without medicine and made no charge for His services.

He never wrote a book, yet all the libraries of the world cannot contain the books written about Him. He never wrote a song, yet He furnished the theme for more songs than all the song writers put together. He never founded a college, yet all the schools together cannot boast as many students as He. He never practiced medicine, yet he has healed more broken hearts and bodies than all the doctors combined. Jesus is the Star of astronomy, the Rock of geology, the Lion and Lamb of zoology, the Harmonizer of all discords, and the Healer of all diseases. 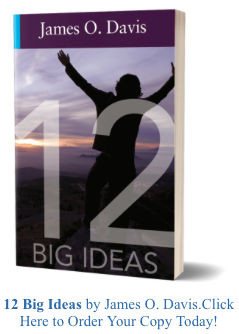 Throughout history, great men have come and gone, yet He lives on. Herod could not kill Him. Satan could not seduce Him. Death could not destroy Him. And the grave could not hold Him!

When Jesus was born, He was the same age as His Father, yet He was older than His mother. As a Prophet, Jesus is the One through whom God has spoken His final word to mankind. As Priest, Jesus is the One who accomplished the perfect work of redemption on Calvary. As King, Jesus Christ has been exalted to His rightful place on the Throne of God. He is the Lord of all creation, but is He the Lord of your life?