You Are Invited To Do Something Extraordinary In 2017! 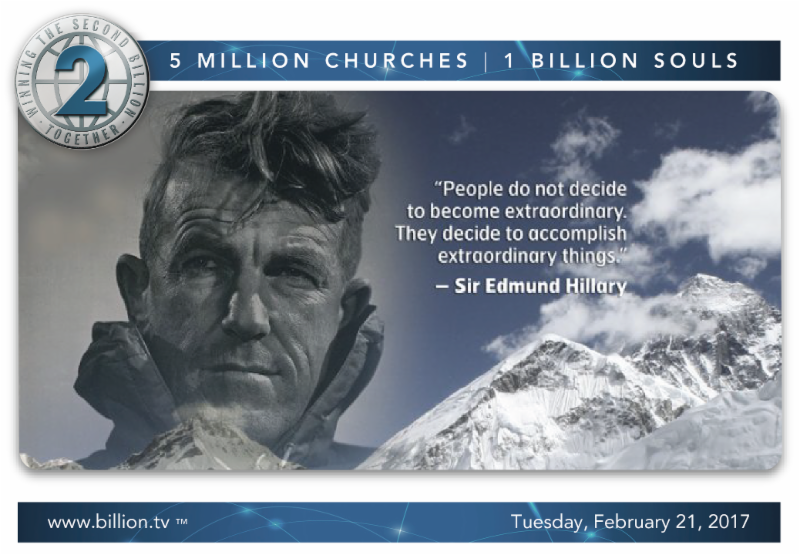 Sir Edmund Hillary is generally considered to be the last great explorer of the twentieth century. He was the one who first reached the summit of Mt. Everest, scaling it in 1953.

I remember when I first heard of Sir Edmund Hillary. I was attending seminary and just starting out in ministry. On a Monday night, I was invited to minister at a First Assembly of God church in northern Indiana. I planned to speak on Isaac and Abraham. At the time, I was also reading about how Sir Edmund Hillary climbed Everest. Edmund Hillary had gone where no one had gone before. I was thinking about how Abraham took his son up a mountain out of obedience to God, going where no one had ever gone before. There was a spiritual parallel in these two great adventurers. 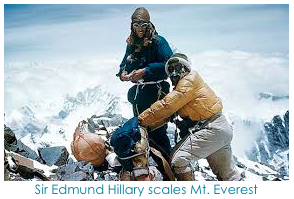 That Monday night started some months of research and a lifelong admiration. I read about Sir Edmund Hillary’s climb on Mt. Everest in 1953. I read one author who wrote about how Sir Edmund tried to summit in 1952 but failed to conquer the mountain. Many trained climbers had tried to make it up the mountain and failed. Even if they got partway up, they failed on the descent.

When Sir Edmund trekked back down, he was laughed at by some and openly mocked by others. Who was he, trying to do what no one had ever done? He was just an ordinary beekeeper!

At the press conference held for Sir Edmund about his experience, he surprised everyone. He hung a large picture of Everest on the wall behind him. Some of the reporters took the opportunity to remind him, “It’s not possible to climb Mt. Everest. Even if you could get to the top, you could not live there. You would surely die on the top or die on your way back down. Half of the battle is getting up, the other half is getting back down.”

The young Edmund Hillary stood in front of that audience and said, “Look at the picture of Mt. Everest behind me.” 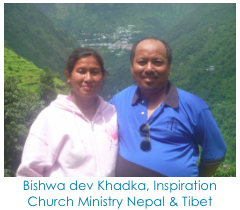 A vision only becomes a goal when we put a date to it. Edmund Hillary could have said, “Someday I’m going to climb to the top. Someday I’ll go and stand where no one has stood. Someday I think I’ll try to do this.” Instead, he became very specific and very strategic. He declared, “A year from today, I will climb to the top of Mt. Everest, I will hoist high the British Flag and I will stand where no one has ever stood before.”

In April, 2017, we will be fortunate to partner with Bishwa dev Khadka, the Founder of Inspiration Church Ministry Nepal & Tibet. Pastor Bishwa serves as a distinguished leader in his region, a successful networker, a powerful church planter and a catalyst for Bible Colleges. We are looking forward to the launching of the Nepal Global Hub of Christianity in Kathmandu, Nepal. There will be key leaders from throughout the region coming to synergize their efforts, to systematize the best training and strategize for unreached peoples.

Read More In Visionary Coaching Below … 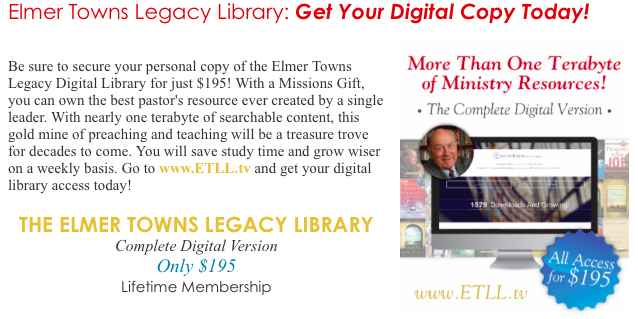 After reading his story, I could not get Sir Edmund’s profound statement out of my heart. The mountain has stopped growing, but I am still growing!

For twenty-five years, when the thought of that feat and Sir Edmund would come to me, I would pray for him. From afar, I watched how he lived. Even with his fame, Sir Edmund was a very giving and gracious man. He helped raise money from around the world for the people who lived in the Himalayan Mountains. He was known for the schools that he started and the airports he founded in that region of the world.

In August of 2007, I was thinking once more about Sir Edmund. I was facing some difficult circumstances in my life, but I knew, without a doubt, I could climb the mountain standing in my path. I decided to act after all those years and sent an e-mail to Auckland, New Zealand to an office worker I found who I believed could assist me. I wrote, “If I could have fifteen minutes with Sir Edmund Hillary, I’ll get on a plane and fly to Auckland, New Zealand. When fifteen minutes are up, I will return to the United States of America.”

At some point, each person must decide as to the size of life he will live in our shrinking world. We are each required to decide whether we will live a life beyond the parameters of everyday existence, a life that pursues the largeness of spirit that we see in the life of Sir Edmund Hillary, or if we’ll live only to ourselves and our private ambitions. 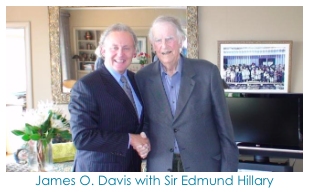 In the two hours, I spent with Sir Edmund Hillary, I learned more about how to become large enough inside to stand on the roof of my world. The Everest Life is about stepping into a huge environment and learning the insights necessary to grow and become a man fulfilled in his potential and a man who achieves what God desires for him to be.

How we use our time determines, to a great extent, the amount of success and fulfillment we will experience in our lives. Others have just as much time as you do and just as much time as I do. It all has to do with how each one makes use of their time. You may have onlya minute, but eternity is in it. 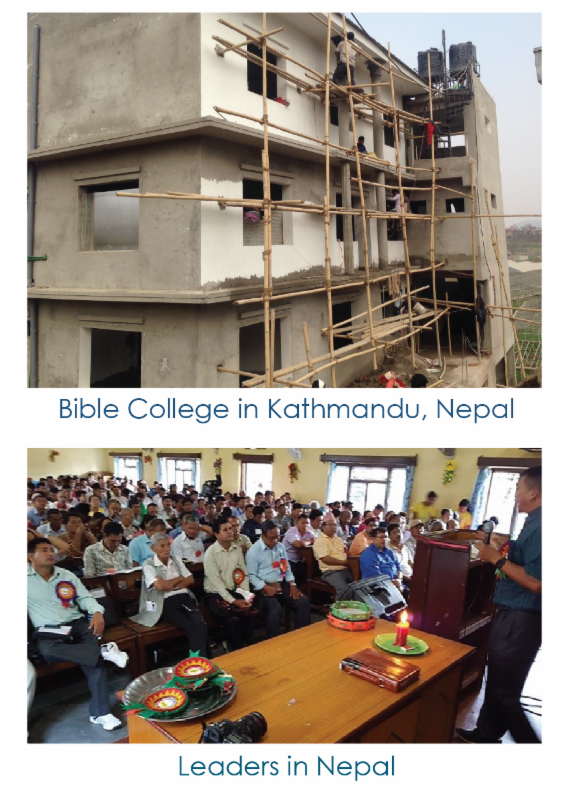 Small doors can open into big rooms. We must stop sizing up the size of the opportunity by the appearance of the door. When we take the small steps, God gives us, we will be amazed at what God will entrust to us. Sometimes, we will have to stoop to walk through small doors. We will never find the room-filled treasure on the other side if we don’t stoop to learn, take the first step, or humble ourselves to serve others.

I am inviting you to join with us in the launch of the Nepal Global Hub of Christianity. In the last ten years, I have rarely asked for a financial contribution through our weekly ezine updates. My late Dad use to say to me, “Everyone in the world at some point has the opportunity accomplishing something great with their lives.”

I am inviting you to join with us in placing the “Flag Of Christianity” on the “roof of the world,” making it harder for people living in the Himalayan Mountain region to live and die without hearing the Gospel. We have set a strategic goal of networking to plant 2,500 churches in this region in the next five years! Yet, all of us will have to work together in order to make this happen. We will have key leaders joining us for the Nepal Global Hub launch from the highest populated area in the world! We need to raise a total of $25,000 between now and April 1, 2017.

There will be between 500 to 600 leaders attending this historic summit for the single purpose of networking this entire region for evangelism, church planting for the fulfillment of the Great Commission. Every $20 invested will provide the pastoral training resources needed both online and on-ground for the next two years! At the present time, the training courses in the Global Church Learning Center (www.GCLC.tv) are being translated into Nepali.

Will you help us to equip one pastor? Five pastors? This is the FIRST generation of Christian leaders in Nepal’s history. You and I are on the leading, ground-breaking edge of missions in Nepal, Tibet and the Himalayan Mountain region. Let’s do something great with our lives! Please join us by giving enough to equip between one and five pastors today!