The Word That Shook & Shocked The Entire World! 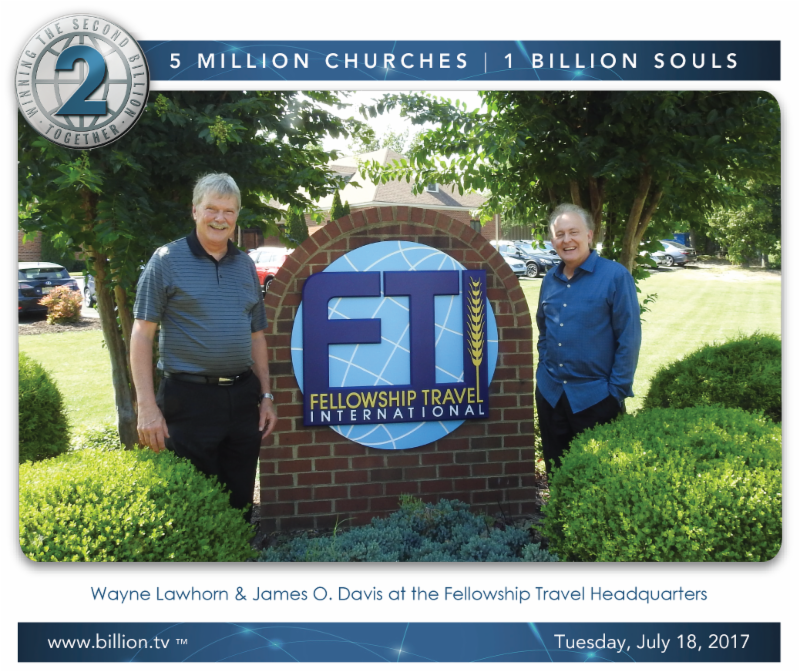 We have the God-given ability to see things before they exist and to see what is coming into the future before they actually exist.

Fellowship Travel International (FTI) was founded by Wayne Lawhorn in 1982 to offer non-profit travelers quality service at a great value. As a full-service travel agency, they strive to be a one-stop-shop for all of your travel needs. Their team offers value-added services, including: individual & group flights, custom tours, volunteer projects, ground transportation & travel insurance. 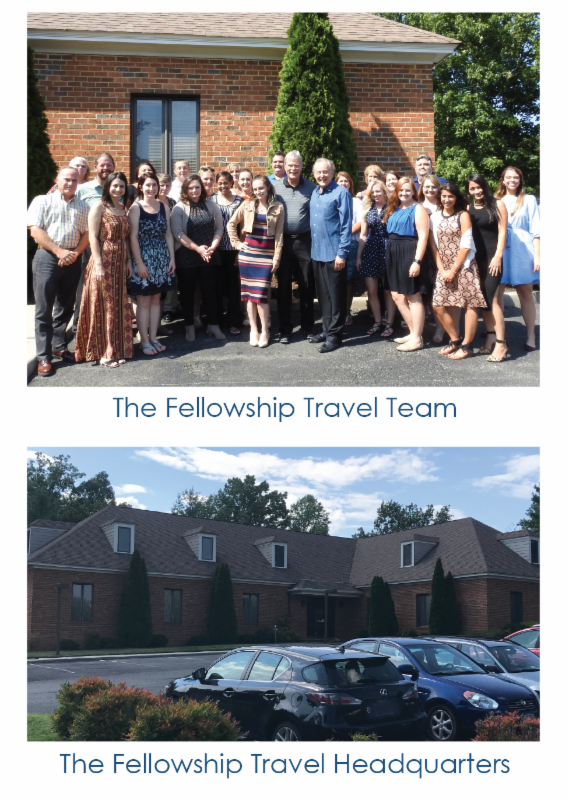 The focus of Fellowship Travel is to build longterm relationships based on mutual trust and respect. They are driven by their passion to exceed their customer’s expectations. They strive to create partnerships by not only fulfilling their clients needs, but helping them achieve their goals. Their commitment is to support their clients through their ever-evolving products and customized services. They choose to give back to the international community and encourage those they work with to expand their worldview through sustainable outreach projects.

On July 14, 2017, Mr. Wayne Lawhorn and Dr. James O. Davis, Cofounder of the Billion Soul Network spent the afternoon together with Fellowship Travel International’s Directors and entire team. Dr. Davis brought a challenging presentation entitled, “Life’s Greatest Challenge.” FTI is the exclusive travel partner for the Billion Soul Network. At the present time, FTI is arranging flights, hotels and tours for the upcoming historic Wittenberg 2017 Congress (www.Luther2017.tv). From the founding of the Billion Soul Network, the spine of the network has been built on relationships, reports, research, recommendations and results.

BSN holds the belief that relationship currency is the most valuable currency in the world. Since the founding of Fellowship Travel International, approximately 2 million people have chosen this remarkable company as their travel source for both national and international trips to every nation on earth. Dr. Davis states, “I have been fortunate to travel for more than 35 years, logging in more than 9 million air miles in 123 nations. Fellowship Travel International is by far the best travel company I have been privileged to synergize with for our ministry travel needs. I recommend them to you!” 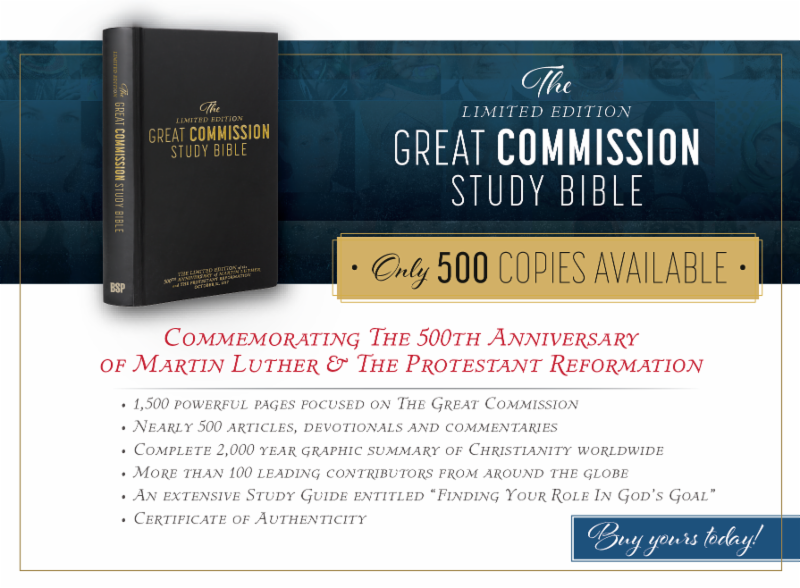 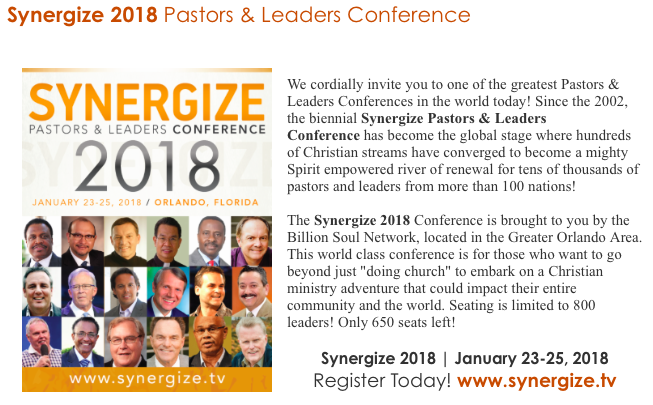 In John 19:30, we read, “When Jesus, therefore, had received the vinegar, he said, It is finished.” Now, the ancient Greeks long ago used to boast in being able to say so much with so few words. They claimed that they could give an ocean of meaning in a drop of language. Well, truly, surely, that’s what the Lord Jesus Christ did when He cried from the cross this one word, “it is finished.”

You will remember that this took place when the Lord Jesus Christ was hanging there upon Calvary’s cross, when darkness veiled the glowing face of the sun, and when the earth shook and trembled, and when the mountains rocked and reeled, and when Satan and all of the dark forces of hell were battering at the very gates of glory. And when Jesus Christwas dying in agony and blood, He bowed His head and said, “tetelestai.” And I say, that shook the very foundations of hell, and that had reverberations that echoed throughout heaven. And it was a word that shook the world: “It is finished.”

I believe that Jesus meant that the prophecies concerning his death were completed. You see, all of the Old Testament prophecies had two threads. One was the red thread of blood redemption. The other was the golden thread of the second coming of Jesus Christ. And I believe that Jesus Christ is thinking about those prophecies that talked about His suffering, His bleeding, His dying upon the cross. And when Jesus said, “It is finished,” He meant these prophecies had been fulfilled. They’d been completed.

The Suffering Of Christ was Finished

God’s Way of Salvation was Finished

The Power of Satan was Finished 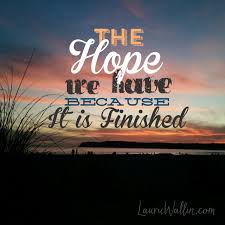 Many Christians let the devil beat them up. Do you know it’s time you stopped it? Some of you, the devil has whipped you so long, you’re just like that cat who had his tail stepped on so many times that, when anybody would walk in the room, he’d just turn around and wait. Don’t you know that Jesus has given you victory? Don’t you know that? I mean, He has given you victory. He said, “I give you authority over all the power of the enemy.”

Some Christians say, “Well, I’d be glad enough to have a Mexican stand-off. Satan, you leave me alone, I’ll leave you alone.” No, either you get him or he gets you. The Bible says, “Draw near to God, and he will draw near to you … Resist the devil, and he will flee from you.” The power of Satan is finished. “That through death Jesus made of none effect him that had the power of death, that is, the devil.” 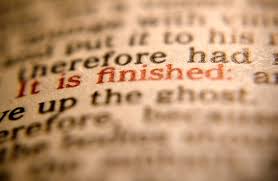 They put Samson in the great arena, that great temple there, to make sport of Samson. In the pagan temple, poor Samson, blinded, fettered, chained. They put him between two pillars. Samson said, “If you don’t mind, just put me between these two pillars right here.” And then, Samson bowed himself, as God gave him his strength back, and he pushed those two pillars out, and the whole temple fell in upon his head, and upon their heads. And while they thought they were making sport of Samson, actually, Samson, through death, destroyed them that had the power of death.

There are two mighty pillars in the temple of sin: one is sin, the other is death. And Jesus, upon the cross, pulled down the pillars of sin and death, and pulled the whole thing in upon the heads of the kingdom of Satan and the kingdom of sin. But up from the rubble on the resurrection, Jesus came. On the third day, he was raised from the dead. Hallelujah, what a Savior!