Sydney, Australia: Pastor Brian Houston is the Senior Pastor of Hillsong Church. The Hillsong Church has become one of the largest churches in the world and has influenced the Global Church like few pastors have done. The weekend average attendance exceeds 35,000.

Edir Macedo
The Universal Church of the Kingdom of God

Winnipeg, Canada: Rev. Leon Fontaine pastors the strongest church in Canada, averaging more than 14,000 each weekend. Pastor Leon is one of the most sought-after speakers in the Body of Christ today. He serves as the CoChair/Canada.

Santiago, Chile: Eduardo Duran, Jotabeche Methodist Pentecostal Church. The Jotabeche Church has 350,000 members – which makes it the second largest in the world. The size and growth of this church are a prime example of an explosion of church growth in Latin America. The numerical growth alone of these churches is cause for wonder: in 1900, there were only 50,000 Protestants in Latin America. In the 1980’s they had grown to 50,000,000 and by the year 2000 they reached 137,000,000.

London, England: Pastor Matthew Ashimolowo is the Senior Pastor of Kingsway International Christian Centre; the church started out in 1992 with 11 members but has grown to over 12,000 members. Pastor Matthew as he is fondly called is a dynamic and charismatic preacher having preached for over 27 years. Pastor Mathew serves as the CoChair/Western Europe.

Suva, Fiji: The Global Church is growing fast in Oceania. Dr. Suliasi Kurulo is the Founder of the World Harvest Church and Island Wave Mission. The World Harvest Center is the largest church in Oceania. In the last 15 years, Pastor Suli and his church has help to plant more than 3,000 churches in more than 100 nations. He serves as the CoChair/Oceania/Unreached People Groups.

Stuttgart, Germany: Dr. Peter Wenz leads one of the largest churches throughout Europe with a weekend attendance of more than 8,000. Over the last twenty years, he has planted churches throughout the world. Pastor Wenz serves as the CoChair/Central Europe.

Chennai, India: Dr. David Mohan is the Cofounder of New Life Assembly, averaging more than 40,000 each weekend, and is the CoChair/India for the Billion Soul Network. Pastor Mohan is the India General Superintendent of the Assemblies of God.

Jakarta, Indonesia: Pastor Eddy Leo is the founding pastor of Abba Ministries. In the last fifteen years, through Pastor Leo’s ministry, more than 150,000 Islamic men have come to Christ. Pastor Leo serves as CoChair/False Religions in the Billion Soul Network. 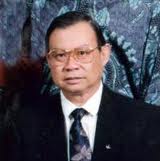 Surabaya, Indonesia: Dr. Alex Tanuseputra pastors Bethany Church, averaging more than 200,000 each weekend. Bethany Church is in the top ten largest churches throughout the world. In the last twenty years, more than 2,000 churches have been planted worldwide.

Nairobi, Kenya: Dr. Peter Njiri is the General Superintendent of the Assemblies of God for Kenya and Chairman for East Africa, encompassing more than 20,000 churches. Pastor Njiri serves as the CoChair/East Africa for the Billion Soul Network.

Seoul, South Korea: Beginning in the 1980s, due to rapid growth, Full Gospel Central Church decided to establish satellite churches throughout the city of Seoul. Dr. David Cho, has experienced exponential growth reaching 700,000 by 1992. With this kind of growth satellite churches have been established. Despite the drain of members to the satellite churches, new recruits by the mother church – brought in through the vast cell network – made up for the losses, and membership now stands at least in 780,000.

Riga, Latvia:  Alexey Ledyaev is the founding pastor of New Generation Church and the more than 700 churches that have been planted from this church. Pastor Ledagev leads a powerful effort of church planting throughout Eastern Europe and the world. He also serves as the CoChair/Eastern Europe.

Kuala, Lumpur, Malaysia: For more than 30 years, Dr. Prince Guneratnam has served as Senior Pastor of Calvary Church. Through his visionary leadership Calvary Church has become one of the strongest missional churches in the Body of Christ and has planted hundreds of churches. Dr. Guneratnam serves as the CoChair/Southeast Asia.

Lagos, Nigeria: Dr. Enoch Adeboye, Chairman of the Redeemed Christian Church of God, leads a powerful church planting movement in more than 130 nations. At the present time, the RCCOG has more than 40,000 churches worldwide.  Dr. Adeboye conducts an annual prayer which numbers more than 3,000,000.

Manila, Philippines: Word of Hope was founded by Dr. David Sobrepena nearly 25 years ago. Word of Hope will be averaging approximately 100,000 by 2015. Pastor Sobrepena has equipped more than 300,000 leaders throughout Asia and serves as the CoChair/East Asia/Church Planting.

Kampala, Uganda: Dr. Alex Mitala, serves as the Chairman of the New Birth Fellowship, containing more than 20,000 churches. Dr. Mitala provide leadership as the CoChair/Global Mobilization of the Billion Soul Network. The Christian Population is doubling every 25 years in Uganda.

El Salvador, San Salvador. Once known as the second largest single church in the world, Elim Central, has a membership that now surpasses 115,000 people and at its peak numbered as much as 200,000. Pastor Sergio Solorzano’s church has more than 500 full-time pastors in El Salvador alone. Pastor Solorzano serves as the CoChair/Central America.

United States: Four Locations To Be Released By End Of 2012